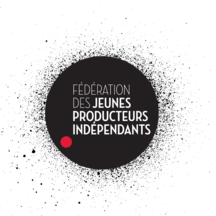 <p>We started working on an <strong>animation&nbsp;project called les gar&ccedil;ons bleus - 12 portraits directed and animated by Francisco Bianchi</strong>, a young and talented director who uses only a ballpoint pen and social media (Instagram) to show his art.</p> <p><strong>The idea is, through animation in rotoscopic technique, try to draw a map of &quot;what is a man today&quot;?</strong></p> <p>Francisco is going to do a filmed&nbsp;interview with each of the models where they undress themselves in a figurative and litteral way.</p> <p>After that, he will draw more or less 600 frames for a minute length episode, where we also listen to the model&#39;s voice speaking about how they see themselves, their bodies, their nudities...</p> <p>The first episode will be available on Instagram (@lesgarconsbleus)&nbsp;on Wednesday January 29th at 14h (Paris time). And each month of 2020, a new portrait will be released.</p> <p>This project is supported by CNC (Centre national de cin&eacute;ma et de l&#39;image anim&eacute;e) and Sacem (Soci&eacute;t&eacute; d&#39;Auteurs, Compositeurs et &Eacute;diteurs de Musique).</p>