Story of a chance meeting and a one-night stand. Ann encounter of two strangers, from different worlds, countries. 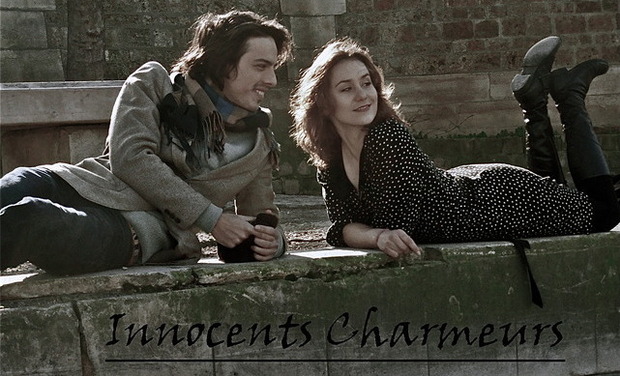 Story of a chance meeting and a one-night stand. Ann encounter of two strangers, from different worlds, countries. A meeting of a French musician and a Polish girl in a bar in Paris. We don’t know a lot about the heroes, only that their names are Pelagia and Bazyli. This couple spends a night full of farcical games and pretense, putting on faces and make-believe attitude, which leads to increase the fascination already in place between the two of them.

They put on masks of indifference in order to hide their natural feelings. They play a game of “let’s pretend,” and their false façades hide their fascination with each other. They persist, because real feelings are definitely not part of the game.

He is not very ambitious. He dreams about a house and a car. He doesn’t care much about feelings. He’s confident about himself and has a motorcycle. His idol is Albert Einstein. The girl is someone he met by chance in a singles bar. We don’t know anything more about her.

How many barriers, social codes, and stereotypes do we have to breach in order to rid of the masks forced upon us by citizenship, society, and language?

The performance is inspired by a film, INNOCENT SORCERERS, by Andrzej Wajda, recipient of an honorary Oscar in 2000. Dialogues by Jerzy Andrzejewski and Jerzy Skolimowski are used in a different context, giving the story contemporary relevance and meaning.

With open borders, it is so easy to travel today. In addition online chats and instant communications via the Internet. We live at breakneck speed, with virtual intimate relations occurring almost by chance.

But, like in Wajda’s film, they can only make sense … if we accept to remove our masks.

– born in Cracow, Poland – studied piano, classical ballet, flamenco, modern dance, and in 2003, graduated from the Acting Department in The Ludvik Solski, State Drama School in Cracow where she worked with Krystian Lupa, Malgorzata Hajewska-Krzysztofik, and Jan Peszek.

Next she worked in national theatres in Cracow and Warsaw, and played in films by leading Polish directors, like Jerzy Stuhr and Leszek Wosiewicz.

Looking for new challenges, she came to Paris in 2004 where she attended courses at the Conservatoire National d'Art Dramatique and the International School of Theatre Jacques Lecoq.

When she returned to Poland she continued working in the National Theatre in Warsaw and in the “Drama Lab" headed by Tadeusz Slobodzianek. She also played in a film POPIELUSZKO by Rafal Wieczynski, while studying philosophy at Warsaw University.

In 2010, she went to New York to study at The Lee Strasberg Theatre and Film Institute and was cast for a main character in SNOWANGEL by J.L.Carlino, directed by Lola Cohen in the Marylin Monroe Theatre in New York.

She is currently living in Paris…

- was born in 1985 into a musical family in Montreal, Quebec. His mother is an American folk singer, his father a South American folklore artist and a flamenco guitarist. His grandfather and aunt are classical musicians. He was quickly drawn into a musical world.

When he was three, his parents decided to return and live in their jungle cottage home in Panama. Mathieu learned Spanish in the wild.

Later, the family moved to Paris, but often returned to Panama.

At seven, he studied harp with his father.  Three years later he started at the Conservatory in percussion and theory, and continued for six years, often performing on stage with his parents.

He found his instrument of choice at 14, playing guitar. He studied jazz at the American School of Modern Music for two years, and then went to Buenos Aires. He wrote his first song “Ophelia” at 18. In Buenos Aires, he studied tango, folk music, and broadened his musical horizons.