Help a documentary that gives French Muslim Women their narrative back. 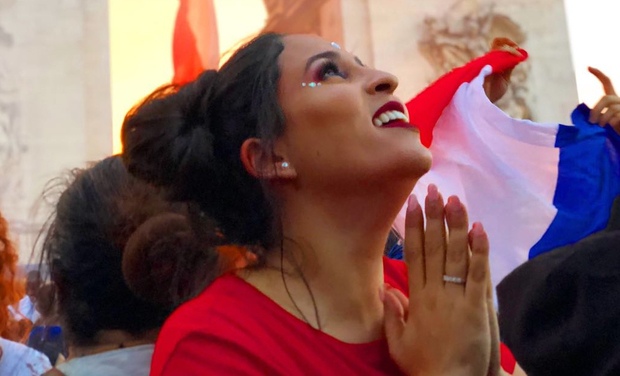 Marianne is a documentary that follows seven French Muslim women. Whether they were born in the religion or converted to it, whether they wear hijab or not, they take their narrative back, defying the idea of the submissive Muslim women created by media and politicians.

In a national context where laïcité is often manipulated as a tool of exclusion, they force the audience to question its own assumptions on liberty, feminism, national identity and laïcité.

Marianne takes its name from the national icon of the French Republic which portrays the Goddess of Liberty, to explore the lives of France’s ongoing existential concern: Muslim women and their place in the public sphere. Legislated, judged, and regulated in public spaces, schools and even beaches, French Muslim women are spoken about at length but rarely given the opportunity to speak in the mainstream conversation surrounding feminism, laïcité (France’s version of secularism) and Islam – or any other topic for that matter.

Marianne aims to contribute towards the effort to redress this imbalance by giving the mic back to Muslim women themselves.

Coming from different walks of life, these  7 protagonists challenge the dominant French narrative of a uniform group, defined by oppression and a backwards worldview. Through their respective journeys and points of views, the film questions the concepts of laïcité, universal feminism, liberty, and French identity as they have been defined.

Valentina Canavesio (Director) Valentina Canavesio is a documentary film and television producer whose debut feature, Footprint, premiered at the Sheffield Doc/Fest in 2016 and is distributed by Women Make Movies. Her feature work also includes producing My Italian Secret (2014), These Birds Walk (2013), One Day On Earth (2011) and Welcome to Detroit (2010). She is a graduate of Sciences-Po,Paris.

Anne-Laure D'Hooghe (Editor) Anne-Laure D’hooghe grew up in Paris and moved to New York after earning a masters in Semiotics. She quickly established herself as a commercial editor working for brands such as Amazon, Google, Airbnb and now on documentaries and music videos.  She is represented in New York by Rock Paper Scissors and is also on Free the Bid to promote female artists in the industry.

Mohamed Elsafty (Additional Editor) Mohamed Elsafty is a Brooklyn-based filmmaker and editor.  His recent work includes the Netflix documentary series, "Unnatural Selection," an exploration of the world of gene editing.

It all started with an argument on Facebook.  An old schoolmate in France complained about seeing a young girl wearing a hijab in the street and how we should stop imposing our religion on others and keep it to ourselves. I made a comment about how laïcité (French secularism) was itself applied like a dogma and that imposing a dress code on women -whether forcing a woman to wear a headscarf or to remove it- was equally wrong and that laïcité was far from a "neutral" stance it claims to be. I did not expect the avalanches of responses (mostly from people unknown to me) with comments ranging from "it should be forbidden to tell children that God exists" to "the day Valentina will be forced to wear a hijab or be stoned, she will have a different view". Then the usual stereotypes of Muslim women came "they have no independence of thought", they are "submissive to men", "these practices belong to the Middle Ages". I was profoundly shocked. These comments did not come from the Far Right, but from people who in all appearance, consider themselves open-minded liberals.

After the initial anger, I felt profound sadness, and then the need to take action, in the way I know best, through film.

I am French, married into a Muslim family, and this film is for me an opportunity to foster dialogue and build bridges between the two worlds I live in.

Marianne has been a labor of love over the past two years ... up to now the film has been made without any financial help- to have a complete freedom on the vision of the film. I have invested a part of my personal savings but today I need your help.

We need to raise the funds necessary for the finalization of the film (music and archives) and especially to reach as many people as possible.

In parallel with this French campaign, we are also conducting an international campaign on the American platform Kickstarter, to raise the vast majority of funds because 7,500 € only covers a portion of our needs.

First tier of € 7,500: we will finance the music of the film and the archives

Second tier of € 10,000: we will support other post-production costs such as color correction and sound mixing

Third tier beyond € 10,000: we will organize the distribution of the film in theaters in different cities across France, hoping to initiate a dialogue, and better understanding and more compassion between people.

Just as important as raising funds, your support will allow us to demonstrate that this film is necessary and highly anticipated. This will encourage European distributors, but especially French ones, to show the film - despite its subject, considered too "delicate".

For those who prefer that option, you can also make a payment via PAYPAL once you've made your selection.