An interactive and multimedia book application to discover more about Afghanistan, its history, its people and iconic figure Massoud. 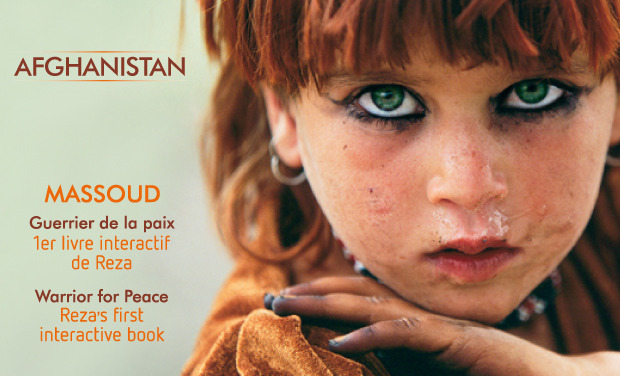 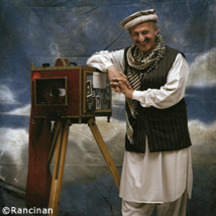 MASSOUD, WARRIOR FOR PEACE, BY REZA

What is the best way of propagating the dreams of a warrior for peace? This question has always intrigued me. How to make one’s own the battles for a better world and for lasting peace in a region disturbed by so many decades of conflict?

In this age when digitalization is universally accessible, the response to this is to spread the dreams of a man who dedicated his life to freedom and to peace throughout the world and throughout the Afghan population.

Everything begins one day in May 1985 with an encounter in Panjshir Valley. I see him. He has the presence of a herald, the warmth of an ordinary man: “I know what you have undergone to get here. I apologize for having kept you waiting,” he said to me while giving me a hug. Massoud is surrounded by his men who simultaneously fulfil multiple roles as advisers, bodyguards, and assistants, dedicated to the cause of independence for their nation. A relationship of trust is quickly established between him, his family, and myself—one that was to last right up to the time of his assassination on the 9th of September 2001.

Following the publication of 27 books and the achievement of creating several documentaries and multimedia pieces, and as a photojournalist for over thirty years, I hope, with your support, to achieve my first interactive book, concerned with Commander Massoud. I am imagining an intimate and down-to-earth portrait of the man himself and of his fight for the liberty of his nation that he led for more than 20 years. Designed as a authentic web doc in four languages ​​and available in all media, this beautiful interactive book will combine photos, videos and animations offering total immersion in the world and the destiny of this iconic figure of the Afghan resistance.

In 2014, on the thirteenth anniversary of the death of Commander Massoud, I look forward to publishing my first digital & interactive book. Thanks to your contributions, this beautiful interactive book provides a unique perspective of those war years, of hope and of friendship, during which Afghanistan was activated by the optimistic words of just one man against the largest army in the world.

Published in English, French, Dari and Pashto this interactive book is exclusively offered at a desirable rate of €3 for all those who contribute to the financing of the project through this special cooperation with KissKissBankBank. Upon its release in September 2014, it will have a suggested retail price of €9.90. Each French or English copy purchased will enable the free distribution of one copy in Dari or Pashto (the two official languages spoken in Afghanistan and in the region).

It will bring together the iconic and previously unpublished images, videos and interviews that I have produced during nearly two decades and that have been unknown until now, together with a certain number of multimedia items that will offer an intimate, comprehensive and exclusive picture of the leader of the Afghan Resistance. Implemented for use with every kind of reading device (PC and Mac computers, eBook readers, smartphones and iOS/Android digital tablets), I seek in this manner to offer interactive testimony, up-to-date and accessible to all, of this great political visionary of the twentieth century.

A freedom fighter since 1979, Massoud resisted for twenty years the Russian invaders and then the Taliban, carrying the torch of freedom and attempting to impose peace in Afghanistan. From 1985 I was to become a privileged witness of that resistance and a friend of the one whom they nicknamed “The Lion of Pandjshir”. In 1991, I joined National Geographic Magazine and, amongst other territories, I have also continued to cover this region.

In 2001, forty-eight hours prior to the 11th of September attack that was to plunge the world into terror, Massoud was assassinated. This precipitated the grief of thousands of Afghan men and women and of the entire nation, who, since 1996, had looked on him as the principal opponent of the Taliban.

During the weeks that followed, in homage to the hopes of Massoud for his people, I initiated the new generation NGO Aina, prioritising in offering communication tools and information to Afghani women and children. In conjunction with this, I published the book, Massoud, from the Russians to the Taliban, 20 years of Afghan resistance.

Raising the funds will take 45 days. The collected amount will be sufficient for creating and developing the interactive book, for reproducing the necessary photographic material from the archives for a retrospective of the years of resistance of “The Lion of Panjshir”, as well as for the translation of the texts in order that a wide public should be able to access them.

Thanks to you, this book application will recount in pictures that a man may be killed, his body broken, but his thoughts will always survive him. Massoud is that noble soul who dreamed for his country, for the world:

“I see an Afghanistan that is free, independent. A land whose people will chose a ‘Council of Sages’ - a Loya Jirga - comprising hundreds of representatives. A land in which the government will be elected, where weapons will be put aside. I see the Mujahidin, the combatants, creating an ‘army for reconstruction’ and an ‘army for education.’ I see the girls going to school, just like the boys. I see traditional systems of agriculture digging into our ancestral soils being revived. I see our cultural, historic patrimony, preserved and valued; this represents our memories. Finally, I see all the children of Abraham living in peace on our earth.” Ahmad Shah MASSOUD

To learn more about me, here is my biography:

Philanthropist, idealist, humanist, trained architect and celebrated photojournalist, Reza has travelled the world for the last 30 years as a witness of wars and of moments of peace. More than simply a photographer, Reza is a human being engaged with the world, who puts the visual training of young people and women at the service of the world to become a better place. In this capacity, in 2001 he founded the NGO Aina in Afghanistan, and also conducts training activities around the world, while continuing his reporting for the international media.

Reza has exhibited his work all over the world, including: Destins Croisés (Crossed Destinies), Entre Guerres et Paix (Between Wars and Peace), Une terre une famille (One World One Tribe), Espoir (Hope), Fenêtres de l’âme (Windows of the Soul), Chants de café (Songs of coffee) and Âme de café (Soul of coffee). He lives in Paris and is the author of 27 books.

Fellow of the National Geographic Society, Senior Fellow of the Fondation Ashoka (The Ashoka Foundation), a frequent award-winner, Reza has received the World Press Photo Award and the Infinity Award. He has also received a number of distinctions from American universities, including the award of Doctor Honoris Causa from The American University of Paris, and a medal of honour from the University of Missouri. France awarded him the medal of the Chevalier de l’ordre national du Mérite.

The collection at KissKissBankBank should enable us to:

- Develop an eBook: the preliminary design, prepare an InDesign file/its conversion to ePub

- Promote the interactive book via a Press Campaign and on the digital social networks.

If the amount collected exceeds €35,000, the surplus will be used to offer other translations of the interactive book (Spanish, Russian, Arabic, Urdu – a language spoken in Pakistan and in India, etc.).

A poster-portrait of Massoud signed by Reza + the preceding considerations

A classic 24x30 cm colour Photographic Print on Fine Art paper of one of the portraits of Commander Massoud by Reza, an inkjet print carried out under the supervision of the author (unsigned, not numbered) + the preceding considerations

A classic 30x40 cm colour Photographic Print on Fine Art paper of one of the portraits of Commander Massoud by Reza, an inkjet print carried out under the supervision of the author (unsigned, not numbered) + the preceding considerations

A large 40x50 cm photo print of one of the portraits of Commander Massoud from the colour collection, numbered and signed by Reza, printed on ILFORD Gold Fiber Silk (310 g) with a Certificate of Authenticity; an inkjet print carried out under the supervision of the author + the preceding considerations