Help us creating a awesome community event for the 30th Anniversary of Metal Gear ! 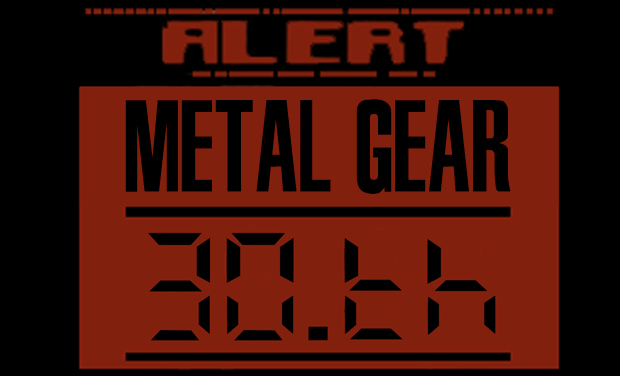 The association Legacy, in partnership with the Pixel Museum present

This event ''Metal Gear 30th Annivesary'' is a fan-made event, made by fans and for the fans.

Its goal is to celebrate 30 years of one of the biggest video game franchise ever created, Metal Gear, which first game was released in September 1987 in Europe, as the result of the teamwork between Konami and visionnary Hideo Kojima.

This event will be about 3 majors plots, and is also unique.

Considered by the fans as ended, the saga will be exposed from its very beginning till what it became now.

So, through artworks, free-access games, fans will be able to commemorate all TOGETHER what bring us all here. This is the Metal Gear community.

For sure, who says unique event, says also unique guests. We'll do everything we can to ensure fans meeting people who made the saga possible, some directly involved in the creation proccess, some others who worked on their own about the games with passion. So, as we are also fans ourselves, we can understand what the community is expecting.

So, even if we admit that the saga is ended in its history frame and its creator now fly with his own wings, the best is yet to come.

The values of this event stand on these 3 plots, in which we will add some extra activities, such as a photocall, … and also a raffle, which benefits will go to the artists.

When the final schedule will be ok we will inform you ASAP !

About the meetings, we are still working on it.

We will have some artists, such as RGeek Creations and Dreamer_OldBoss, the actual drawer who share his work for our communication and also our press kit. All of them will do something for the event purpose, and you may know that there will be even more !

And as a video game event is nothing without cosplayers, you will be happy to find out that you'll see Lisa Phiakeo, MJ Cosplay, Naythero Productions, XEI, and also Zephon in their best suits.

For the rest, be patient and we'll let you know as soon as possible !

Our partner, the Pixel Museum

Last Februar 25th, the Pixel Museum, brought by the association Ludus Institut, opened its doors to the gamers. After serveral months of work, the former Pierre Burgun cultural centre, idealy located in the heart of the ciy of Schiltigheim, and 10 min from the centre of Strasbourg, the european capital, rised from its ashes.

It welcomes now the past 40 years of videogames history and universe. From the very first arcade box till the last nextgen consoles, guests will find an opportunity to discover, or rediscover, the famous history of the 10th art.

For this event, the Museum welcome us and we are very thankful to them.

Regarding to the event, the Museum will stay in public access, and you will have to buy an entrance ticket.

But, if you took part of the crowdfunding, you'll be able to attend to buy your ticket using the fast line dedicated to funders. This way you'll get your entrance faster, and also we'll be able to give you your counterparts.

Also known as RGeek Creations, he creates dioramas on various themes, like mangas, video games and especially Metal Gear Solid. Some of his works actually belong to Hideo Kojima himself. At 29, his biggest work is a MGSV Mother Base diorama, which is actually at the office of Konami France.

Raphael met Raphael in 2016 during another MGS fan-event, and from there, the idea of making something special for the 30th anniversary grew up.

IT Engeneer, Hadrien is a long time friend of Raphael (the second one, don't worry it's hard for us too), and also a big fan of Hideo Kojima's work for many years. Educated with what could offer the PlayStation, his majors franchises were Metal Gear Solid and Final Fantasy. Still today, at 30, nothing changed.

So when the two Raphael asked him if he wanted to take part of the journey, the answer was quick and easy : yes !

Another fan of the franchise, Raphael, also 30, former digital manager in a photo studio, already made two fan-events in 2016, at the Reset Bar in Paris, with the help of Konami France. During the second event,, he met Raphael, because he asked him if he was interested to show his work, alongside with Tsuchinoko who lend some of his artworks.

From then, a solid friendship was born, and they decided to evolve the past events into something bigger. After that, he asked his college friend Hadrien to team up with them, and they all realized that they studied at the same place in the same time !

You msut also know that, like other crowdfunding platfoms, the main rule is ALL OR NOTHING. So if we can't reach the goal, we won't be able to make this happen the way we want to show you. But that doesn't mean that there will be nothing, just not the same thing !

That said, be careful with your hostel, train, plance reservations !

For fore informations abotu sleeping or getting there,

And on our social networks:

Thank you for your help !

The best is yet to come

How will we use the money ?

As you may imagine, a fan-event like this one can't be paied by the unique will of their creators.

So, like many projects come to life these times , we chose to call for a participatory fundraising, also known as crowdfunding.

Its nature being fan-made, we told each others that the best way to create an event that fans want, is to make them participate, from roots to lifeform.

And because a big event requires high budget, a crowdfunding could sensibilize the community, and also involve them in the proccess.

The funds that we will raise on this website will go on our association account, but you must know that we don't make money on this for ourselves !

- Accomodation and transport for VIP

So, as the crowdfunding acts as a fastpass if you come, it will be very important to put on your name and first name, as we'll have a list to manage entrances.