A journey through Soul Music and Bossa-Nova, songs full of "saudade" where my bohemian heart expresses itself. Help me, I take you with me! 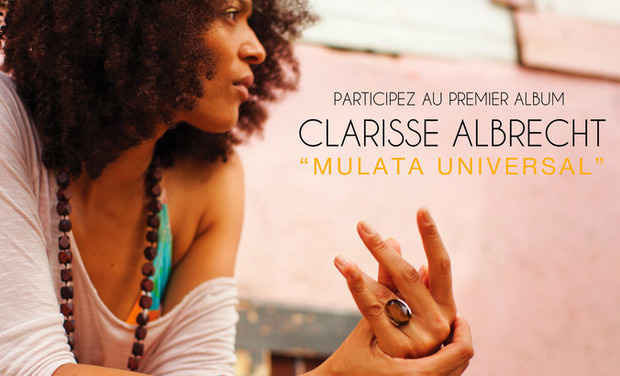 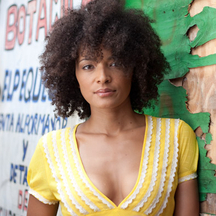 Rio De Janeiro. A few years ago, on Copa Cabana's beach, a friend of mine wrote a poem naming me "Mulata Universal". This name has been an eye-opener for the artist in search of herself that I was by then. To find my way, I just had to let myself follow my cultural mixity, my gipsy heart and melhancolic soul. To express those feelings and emotions. As simple as that. And which language better than Portuguese could be used to express this "saudade" of mine.

This since this poem I started to write lyrics in Portuguese. I've learned this language when I was a kid, growing up in Maputo, dreaming of travelling one day to Brasil. It made sense for me to have my songs using this beautiful language. To produce them, I called my good friend LS (from the band Afrodiziac) and we created a suvtil fusion between Soul and Bossa-Nova, with a touch of Deep House.

I'm talking about that on my first EPK. Check it out below!

Since then, I'm an indie artist and I've released two singles.

in 2009, "Você Me Dá", which has been elected "Best African Diaspora Song" at the MOAMAS 2011. It has been aired in more than 125 radios among 33 countries around the world. The music-video has been broadcasted in Europe, United States, Africa and Latin-American.

Check it out right here!

In February 2013n I released "Não Posso Parar" (the first video, the one with the red dress ;-). This one's has been well received as well, it had a pretty good spread in Dominican Republic where I did a lot of live and TV performances.

Today, I'm ready to go back to the studio and record all the other songs of that project. I'm willing to give them a life outside the stage, outside my heart. I'm willing to spread those feelings, emotions and "saudade"...

To reach that goal, I need your help, your support and love for music. Follow me, become a sponsor!

For me to have a real start I need to collect at least 6000€. It will not allow me to finance every steps but it will help me to secure essential steps :

If you allow me to collect more money, it will be used to boost the promotion of the album (for you to see me and hear me almost everywhere!) and to organise more live performances!

Everything is possible, "Sky's the limit!". I have Faith.

Physical album "Mulata Universal" dedicated + 1 single "Não Posso Parar" (Limited Edition) + Thanks on the website and on Facebook + 2 Invitations at the release concert (Paris, France/Santo Domingo, Dominican Republic) + 1 Invitation at the rehearsal (Paris, France/Santo Domingo, Dominican Republic) + Your name on the booklet of the album

Physical album "Mulata Universal" dedicated + 1 single "Não Posso Parar" (Limited Edition) + Thanks on the website and on Facebook + 2 Invitations at the release concert (Paris, France/Santo Domingo, Dominican Republic) + 2 Invitations at the rehearsal (Paris, France/Santo Domingo, Dominican Republic) + Your name on the booklet of the album

4 Physical albums "Mulata Universal" dedicated + 4 singles "Não Posso Parar" (Limited Edition) + Thanks on the website and on Facebook + 4 Invitations at the release concert (Paris, France/Santo Domingo, Dominican Republic) + 4 Invitations at the rehearsal (Paris, France/Santo Domingo, Dominican Republic) + Your name on the booklet of the album