The Music Truck of I Will Play This Song Once Again Records is at the same time a mini-venue, an auditorium and a record shop on wheels. 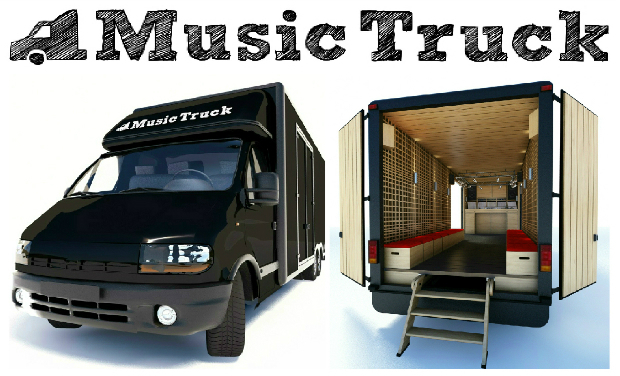 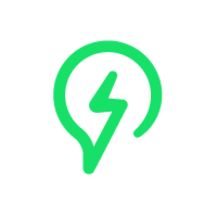 It’s a fact: we live under a constant flow of information, images and music. As a result, listening experiences are diluted, undermined. To change things up, we – Florent Garnier, musical activist, and Sylvain Chauveau, musician – have imagined a record label unlike any other; a label that puts the must at the centre of the attention. Since 2012, I Will Play This Song Once Again Records releases music in a unique way: artists are asked to re-record their songs for each buyer, playing their tunes as if they were impossible to replicate, each record being dedicated to one single listener. This is a truly original way of giving more intensity to the listening experience. We work across the following genres: folk, pop, ambient, rock, electronic music, experimental music.

The Music Truck is the physical arm of I Will Play This Song Once Again Records (www.iwillplaythissongonceagainrecords.com). The truck will be dedicated only to music. It will be a place where the listening experience will be at its best, thanks to its intimacy and proximity. Nomadism will allow us to be where we see fits and thus curate events linked to music and diffusion.

View from the inside of the Music Truck, mainly made of wood.

There will be 3 types of activities: listening sessions, concerts and record shop.

The truck will be like a mini-auditorium on wheels, with its own sound system, allowing us to connect with the environment and communicate during commented listening sessions. The aim here is to give back to recorded music its art form status, giving a stage for music that is created in studios (and even more often so nowadays than ever) and not tailored for live performances. Listening sessions can be ticketed and there can be different sessions throughout the day, like in a cinema where movies would be replaced by music pieces.

Our Music Truck can also turn into a (very) intimate and nomadic concert hall, offering a different experience than what you can usually find in concerts and more traditional configurations. There cannot be more than 10 to 12 people in the truck, therefore we must create new ways of programming: micro-concerts (as short as a couple of minutes), concerts while the truck is moving, individualised concert for 3 to 4 people at the same time… These concerts will allow the artists to meet their audiences directly, going from one city to the other. The truck can also be part of a festival to offer radical and intimate concerts; a way of recreating intimacy in the middle of the mass.

In 2015, few people go to their local record shop. But with the truck, used as a record store, we can visit the people. The truck will have a small but carefully selected array of music on offer, and selling different formats: vinyl, CD, tape. The music sold will of course be a reflection of the music promoted by I Will Play This Song Once Again Records. You’ll also find a selection of music too underground to be found in a regular shops.

We’ve also imagined the possibility of hosting concerts outside the truck, with its door open to the outside world.

What about the environment?

We want to opt for the most eco-friendly truck (photovoltaic power supply with solar panels, energy efficient driving). We feel this is an important element to consider to be in tune with our project and today’s challenges.

Jamaican sound systems, who used to spread the good word of Reggae and Dub, were probably also part of the ancestors of the Music Truck. The difference is that we are promoting a more intimate and introspective process. In general, mini-concerts and listening sessions will be inside the truck. It will be a miniature concert hall on wheels, hosting 10 to 12 audience members. That’s proximity!

Our label I Will Play This Song Once Again Records

Here’s a short track that explicit the specificities of our work:

Thanks to this label, we’ve begun our journey toward a more attentive listening experience and the questioning of academic codes associated with concerts.

In April 2015, belgian magazine Papier Machine invited us to be part of an event in Brussels. We’ve curated individual listening experiences of our previous releases, on tape. It was the first time we had ever made public tracks that were recorded especially for the buyers.

We’ve also organised moving concerts, during which artists and audience members walked from one place to another in the building, creating unusual experiences and pauses. L’Atelier 210 and La Beauhaus (Brussels) invited us for this. Now we want to go even further in that direction with the Music Truck and keep on reinventing the concept of concert.

"As an experimental musician most of my work is about precision and fineness in sound and composition. The question of the diffusion of music is therefore crucial to me! In a time where the old channels of circulation of music seem less and less adapted to the current situation (pressing, distribution and sale of the records, amplified concerts in heavy, costly venues, frontal setting stage/audience), the Music Truck is a welcome alternative to the omnipotence of the booking networks, already saturated by the explosion of the musical offer and subjected to the live music market economic rules. It will allow artists open to new experiences to

start lighter performances where everything will be easier to control: place, sound, contact with the audience, duration, and artistic content (live, listening session). A necessary and brilliant freedom."

"I've always been a music lover, a record buyer, and a very regular attender of concerts. To book present musicians and to run a record shop seems a logical, successful realization of my envies. After having seen tons of live shows I strongly desire to push the envelope more and more beyond the standard formats. The Music Truck is therefore a fantastic opportunity to take the plunge and to extend the spirit initiated with our conceptual label I Will Play This Song Once Again Records."

How the Music Truck will be viable after its creation:

The Brussels-based truck may be used by big european festivals as an alternative, ultra-intimistic concert room. In this case, live shows will be able to happen as well indoors as outdoors. The promoters will feel free to rent the Music Truck to add it to their programming. Bands, solo acts, or even labels may also decide to rent the truck during a very singular tour, outside the radars of amplified music habits, which might even lead to a momentary media hype for them.

The paying sessions (live show or recording diffusion with comments) will also be part of the incomes, as well as the record shop activity (that we will open during fairs and special events).

Our team and supporters:

This project couldn't go forward without the precious help of our partners and friends:

- Our technician Kevin Matagne, who made the 3D conception, the design and the logo of the Music Truck

- Arnaud Pirault for his critical look. Go see the performances of his company Groupenfonction

- Delphine Braive who helped us for our business cards and stickers

And of course all the artists who trusted us and our label I Will Play This Song Once Again Records, whom we want to invite to peform one day in the truck: Peter Broderick, Stranded Horse, Chantal Acda, Luai, Frànçois, Monteisola, Winter Aid, Tim Woulfe, Rauelsson, Federico Durand, Patton, Daniel Knox, Half Asleep. Will Samson, Chris Rehm.

The total cost of the Music Truck is 40,000 euros but we are making a launch funding for an amount of 10,000 euros, to start up the process.

Therefore we need your support to collect the first 10,000 euros, which will pay for half of the purchase of the truck that will become the mobile Music Truck.

How we will get the rest of the funding:

To find the remaining 30,000 euros for the making of the Music Truck, we will create partnerships with european festivals interested in the musical fields we are promoting and the kind of artists we work with.

Watch out: this KissKissBankBank funding is totally essential to the financing of the project: it is because we will get the first 10,000 euros that other partners will trust us and participate in the total budget of creation!

Big thanks + Your name inside the Music Truck