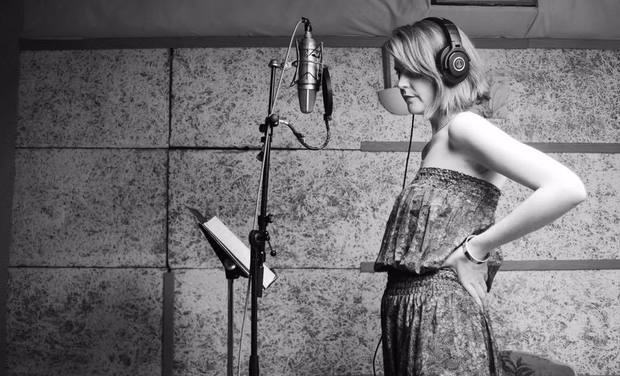 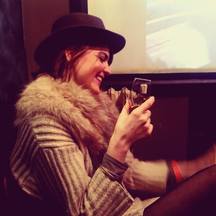 Under a Bruised Parisian Sky

There are song catchers

This is my first full length album, after my first original EP, Beauty in the Park.

There are eight songs on the album, which were whittled down from many more to fit into just one full day of recording at Aeronef studios in Paris.

I started writing this collection immediately after Beauty in the Park with Dead Lady's Cigarettes coming into fruition before its release. While Passion Fruit Moons was written and finalised about four weeks before we went into the studio this summer.

I began playing music at the age of 5, but I only started working professionally when I moved to Paris. For a little more info on that, I invite you to check out this documentary piece made of me and my life in Paris by an Irish documentary series that explored the Irish abroad.

My first original collection on Beauty in the Park included the songs ​Ocean Blues and Horses and tended more towards an experimental sound without the support of a harmonic instrument.

This album is a more reflective, personal selection of songs, each one inspired by an event, a place or the memory of a person and sometimes a combination of all three in a collage creation of sorts. In this album, I source some vintage joy in the sound, it is a gentle re-telling of tales and it exposes what I most enjoy surrounding myself with musically. I am inspired by Joni Mitchell, Marc Ribot, Alice Coltrane, John Coltrane, Jeff Buckley, Nina Simone, Claude Debussy, Duke Ellington and all the musical performances from The Muppet Show.

I am a lover of the left-behind, of old things, of letter-notes and half-light ghosts which get stitched, strung or typed back up together to make something new.

The eight songs are as follows;

The album features some of the finest, most delicate and thoughtful playing from three talented and generous Paris based Jazz Musicians.

Long time collaborator Sava Medan is the bass player on this project and also the score arranger. Sava, originally from Belgrade, is a virtuoso jazz bass player and has performed with the likes of Kenny Wheeler, Mark Murphy and Bojan Z. When he was in his late teens, he even played with Chet Baker. Sava is also a composer and songwriter and his song Yellow Suit features on Beauty in the Park.

Soheil Tabrizi-Zadeh is a multi instrumentalist and composer. For this record, he plays both Guitar and Trumpet. Soheil grew up surrounded by traditional music from Iran, Classical Western Music and Theatre Sound Design, specifically at the Theatre des Bouffes du Nord. He is very active in the Parisian Jazz scene.

Adrien Cao comes from a family of musicians, he started studying music at the age of 7 and has recorded a number of albums as a soloist with the Centre of Baroque Music in Versailles (Princess Diana was present at one of Adrien's first solo performances!) A drummer, arranger, composer and music educator, for this record he plays drums. Adrien is part of a number of diverse contemporary jazz projects including the Logan Richardson Quintet, Alium and the Tony Tixier Quartet.

The album was recorded at Aeronef Studios Paris by Antoine Karacostas.

The photographs used in this presentation are by Philippe Lecourtier, Nick Paulsen and Karl Burke.

The teaser video was made by Philippe Lecourtier.

Thank you for reading this far!

I would really love to add your names to this ongoing dream-line.

Please help me finalise this album by donating what you can.

What I have covered to date

Already surrounded by generosity, almost everyone involved thus far has worked outside of the going rates with the added bonus of having rehearsal space provided by Adrien Cao.

So far, I have personally covered the costs of one full day of recording and a pre mix session as well as nominal fees & expenses for the musicians. This totalled at €600

The mixing has also been paid, and that came in at €800

What I have yet to collect

In order to successfully publish the album, I need to fundraise for the CD creation and distribution, the Promotional costs, and the artwork.

The five step breakdown of costs is as follows;

In the event of exceeding my target, I would like to complete the pay for the musicians who so generously gave their time to and played on this record for a very nominal fee.

I have chosen the CD production company and the Promotional company, the Artwork is in discussion and with your help, I will be able to set the ball rolling immediately after the collect and release this album officially by December 2018.

I, Anne Olivia Monaghan will receive all the funds of the collect and will distribute it as outlined above.

A BIG thank you and a virtual hug!

Every penny counts for this project and for €5 you will be the recipient of a warm virtual hug and all my gratitude.

You will receive all of the above plus a shout out on Twitter and Facebook so we can tell the world how generous you are, as well as 4 songs from the album in digital download format before the official release!

You will receive all of the awards above plus the full album in digital download format before the official release.

You will get all of the awards mentioned previously and I will perform a cover of your choice, dedicated especially to you or as a gift to someone of your choosing. It will be emailed directly to you, and should you wish, it will be published along with your dedication as a 60 second clip on Instagram!

CD Copy of the album

A huge thank you on all social media platforms + a copy of the album in CD format before the official release!

Signed copy of the Album with personalised note from the Typewriter.

A huge thank you on all social media platforms + a signed copy of the album sent to you before the official release date + a personalised note from my typewriter, Victoria.

A huge thank you on all social media platforms + a signed copy of the album sent to you before the official release date + a personalised note from my typewriter + one concert ticket outside of the release concert.

A huge thank you on all social media platforms + a signed copy of the album sent to you before the official release date + a personalised note from my typewriter + one concert ticket outside the release concert + one private singing lesson from me! (Travel and expenses outside the intra-muros Paris region not included.)

2 Concert Tickets to the release party

A huge thank you on all social media platforms + a signed copy of the album sent to you before the official release date + a personalised note from my typewriter, + two tickets to the release concert!

A huge thank you on all social media platforms + a signed copy of the album sent to you before the official release date + a personalised note from my typewriter + 2 invitations to the release party and a backstage pass with champagne!

As well as the signed album, the social media shout-outs, and two tickets to the a concert outside of the release party, for €200 you will enjoy a 2 hour private jazz tour in Paris with me! Event includes your concert ticket to a popular jazz club, a little fun history lesson and some fabulous French wine.

Private Concert from the Bird&Bass duo

You will enjoy a signed copy of the album pre its official release date, a huge thank you on social media, a song cover dedicated to you or a loved one, two tickets to the album release concert and a private concert in duo in your home! (Travel and expenses excluded apart from requests from intra muros Paris).

This is an option for businesses or brands - the occasion to have your brand's logo printed on the CD and on my website, and if suitable, your brand's concept/product as a central focus of the cover art. Your brand will be used in a follow up video clip and you will be listed on the album as executive producer.