Take part in the first of many documentaries about gatherings around the world that attest of the need to celebrate. 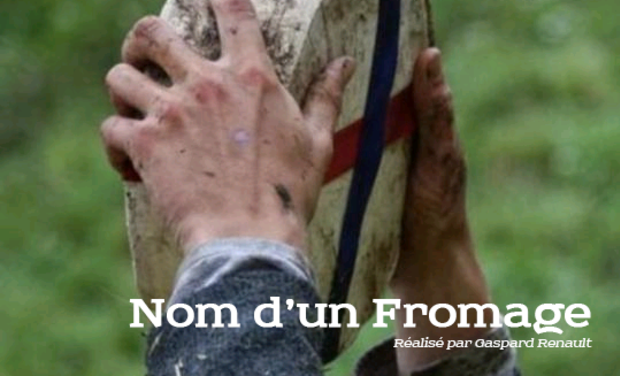 Ironically, it is not in France, cheese loving country, that mad men throw themselves down a hill chasing a wheel of cheese, but in England.

The question that comes to mind then is : "What drives these crazy englishmen to risk their physical integrity for something that usually doesn't concern them? If it had been a cheese of the royal family or if the Beatles had written a song about the Double Gloucester, it would have been easier to understand, but it is not the case. Add to this, the difficulties that encounter the organizers these last few years and the pressure that surrounds such a gathering.

As the preparation went on, and with the first contacts made, something very clear appeared to understand such infatuation for the Cheese Rolling : if they run after that cheese year after year, it is mainly because they have always done so. Even during WWII when the United Kingdom habitants were subject to food rationing, a wooden wheel was made and a small bit of cheese placed inside so that the race could take place.

"Nom d'un fromage" wants to bare witness to such a dedication for a cheese.

Following the key individuals of the Cheese Rolling : from the 80 years old cheese maker, to the member of the organising committee, passing by the local champion, the goal is to bring to light the link that unites these persons and that unique cheese.

Without keeping the spectator in fixed interviews, it is with the Cotslands country for background that the camera will accompany these guides in their day to day lives before the Cheese Rolling. For how could we speak of this event without according the apropriate importance to the landscapes of Gloucestershire that have played a crucial role in the ceremony for thousands of yaers.

Finally, it is with slowmotion shots of twisted falling bodies and with scenes of roaring crowd that all will gather the day of the race, thus celebrating an ancient tradition, the coming of spring, the fact of being English or just the happiness of running freely downhill.

Mixing Strip Tease and a freeride video "Nom d'un Fromage" is the first of what could be a serie of documentaries. Running behind a cheese, chasing landspeed records at Bonneville or ice skating through the Neatherlands on frozen canals, there are numerous exemples around the world of that desire of celebration.

Short biography of the director :

My name is Gaspard Renault, I am 24, I grew up in France where I still live. Film enthusiast for a long time, I undertook film studies. I graduated at ESEC in 2009 as an Assitant Director. For 4 years years, I have been a film technician. During that time, I have tried most of the jobs that can be found in the film production. Thanks to these professional and human experiences, I have been able to evolve and learn about each step involved in such a process. Along with this, I have kept on bringing what I learned from these jobs to personal projects. Taking advantage of travels, encounters, I have been able to create a visual universe composed of photographies, short films, video clips or editing exercises. I am curious of all genres and formats of audio visual creations. Today, it is this experience of direction and technique that i want to bring to this documentary. My goal is to profit from all my influences to create a documentary that is visually and narratively unseen.