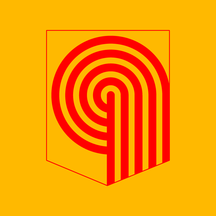 The Irini ensemble, founded in 2015 by Lila Hajosi, is a polymorphic vocal ensemble favoring a capella work, resolved to create “links which set free” between time and musical areas. It’s journey goes from the European Middle Ages to Byzantine music, to contemporanean music (composer Zad Moultaka created Quel mystère que tu aies un corps for Irini in 2018 and Casus Ade in 2022), from the banks of the Fertile Crescent to the court of Bavaria via Constantinople. Laureate of the Cité de la Voix de Vézelay, the ensemble is invited to prestigious festivals such as the Festival de Radiofrance Montpellier, Sacred Arts of Perpignan and Evron, Voix et Routes Romanes, Sinfonia en Périgord, and those of the Abbey of Sylvanès or Mont St Michel. Its first female trio program "Maria Nostra" gave birth in 2018 to Irini’s first album recorded at the Cité de la Voix and was awarded by a "Choc" of Classica magazine. Committed in promoting early music and appropriating repertoires that are but little represented, it is towards Christian Mysticism that the Irini ensemble turns with “O Sidera”, through the figures of the Sibyls, the Cherubim, the Mystery of the Incarnation, around the divine “Great Beyond”, where reason is lost and where spirit and music take the paths of the dream. This mixed vocal quintet program puts the Prophecies of the Sibyls by Roland de Lassus into perspective with extracts from the Byzantine liturgy.

📷 You will be the last ring of the chain of trust and solidarity that allowed this disc to be born ! qui a permis à ce disque d'exister. All aboard ! 📷 If we are lucky enough to go over the amount of the campaign, it will allow us to invest more in the promotion of the disc (communication, advertising..) and to bring some support to the next project of Ensemble Irini (there's a counterpart that gives you access to those top secret informations about what's next !)

- Your name mentionned in the final cloding post of the campaign on our Facebook page - 1 digital track of the disc in HD delivered at the release date 10.15.21

- Collector pack of 4 signed discs : amongst "Maria Nostra" & "O Sidera" aka : the complete Ensemble Irini discography (so far..:p) You choose what you want and we pack it, Christmas is coming right ? !!VIP Delivered at home Octobre 1st 2021 15 days before official release !! 2 tickets for the concert of your choice in the upcoming season + Digital Pal' + Thumbs up !

- Collector pack of 5 signed discs : amongst "Maria Nostra" & "O Sidera" aka : the complete Ensemble Irini discography (so far..:p), you pick what you want and we pack it,Christmas is coming right ? !!VIP Delivered at home Octobre 1st 2021 15 days before official release !! 4 tickets for the concerts of your choice in the upcoming season + Your name engraved in the marble of our "Patrons" website page. + VIP contents, snippets, insights, videos, music, photos, interviews... via a special newsletter edited only for our Grand Patrons. + Digital Pal' + Thumbs up !