Oye Santiago Baila, a documentary about the origins of the Cuban Sound You can make this film exist! 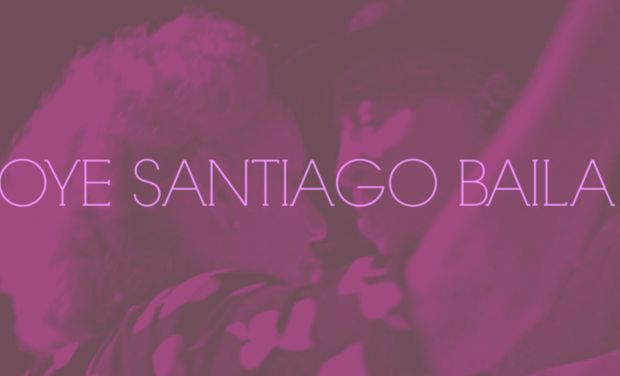 The origins of the project:

Aldo Medina Caballero travels across Cuba visiting the birthplace of the Cuban son and meeting the people who made it.  In this documentary, full of changüi, pilon, conga de carnaval or salsa rhythms, he tells the history of Cuban music. He tells also about his music, his hometown and his native country.

Everybody knows Salsa, but very few people know that the Cuban sound was born in Santiago de Cuba.

In April 2010, Aldo Medina Caballero flew back to Santiago with a project: to make a movie about the creation of the «Real Orquesta Cuba», a band comprised of important musicians all coming from the eastern part of Cuba.

Going back to his roots gave Aldo the opportunity to tell us about his hometown, about the importance of music and dance in the Cuban society. He travelled back in the past, taking us to the ancient ballrooms where santiagueros used to gather years ago.

Discussing with the musicians, he shows what the famous Cuban orchestras of the past brought to their country’s music.

Many Santiago musicians like Chepin Choven, Pacho Alonso, Los compadres, Ibrahim Ferrer or Compay Segundo, moved to La Habana to make a career making cuban music what it is today.

But many more did not move to la Habana and stayed in Santiago. The movie is dedicated to them.

WHY SUCH A DOCUMENTARY?

With disappearing ballrooms, and lack of recognition, the influence of the oriental region to Cuban music has been forgotten.

The consequence is a sort of cultural crisis in Santiago de Cuba Today’s new generation doesn’t know about their city’s history. Many of them do not even know how to dance to Cuban rhythms.

With he creation of the «Real Orquesta Cuba» and the making of this movie, we aim to gather all thos who love this music and want to be the witnesses of a huge cutural heritage.

Our broader perspective is to regenerate what made the city’s history, have the balrooms reopened, to support the musical and dance tradition, a true link beetween generations and social classes.

As the movie tells us, the musicians, the dancers, are still there.  Everybody is conscious that there’s a need for the spark that will reignite Sanbtiago’s cultural life.

Showing the movie to the largest number would be the first step of this reconstruction.

Aldo was born and grew up in Santiago de Cuba, where, like his father, a saxophone player, he studied music at the Esteban Salas de Santiago schhol. He joined the Instituto Superior Pedagogico Enrique Jose Varona in La Habanae, wher he graduated. Pianist, arranger, working with Sergent Garcia, Aldo has been living in France for 15 years.

Laurent was born and grew up Paris. But it’s in the Carribean Islands, in San Domingue, that he completed his studies and found his first job.

« When Aldo cam to my office in Paris with his attitude, his accent, I knew immediately we would do someting together. He gave me a hard disck drive with 50 hours of rushes. He had shot them 2 years before but didn’t have had the time or money to edit them. We worked together during 9 months, at night, in the weekend, each time we had a moment to achieve this project: tell the story of this Cuban sound quest. Today, thanks to your contributions, we  want to show to all those who love this music, this incredible testimony of a rich and precious heritage »

Today, thanks to all of you we would like to show to those who love this music so special energy, the testimony of a very rich heritage and oh so precious. "

In this interview, Aldo and Laurent explain why ..

Our goal is to finalize the documentary and organizpublic viewings in Paris and Santiago de Cuba.

How the collected funds will be used: