What is censorship ? By Laurent Martin Help the organization of an international symposium on the history and current state of censorship 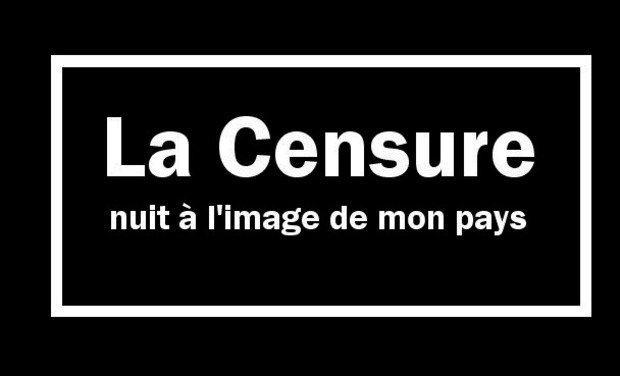 Help the organization of an international symposium on the history and current state of censorship around the world, from the 18th century to today.

What do Arab springs, Wikileaks, surveillance of the internet by Chinese authorities, and Mediapart’s troubles following their publication of Bettencourt affair documents all have in common ?

This project was conceived a year ago when several academics and social science laboratories decided to meet and reflect anew on the old issue of censorship.

To think about censorship is to examine the forbidden, the phantasmal universe of an epoch, to question the refusals, taboos, prohibitions, fears of a society, to study the representations and imaginaries of the links between licit and illicit, visible and invisible, speakable and unspeakable.

Censorship has to do with the sacred and the secret (cf the theme, recurrent since the French Revolution, of “transparency” in public and sometimes private affairs), with tolerance and its topography (cf the notions of « limit » or « degree» of tolerance). It has to do with its “positive” mirror which accompanies it always and everywhere, propaganda, whereby society (but who ? why ? how ? etc.) recommends, prescribes, imposes (prescribed being the mirror image of proscribed).

It has to do with truth and lies not so much as logical concepts but as social concepts. It is, finally, the mechanism which regulates the opposition between the individual and the community by reminding the former of the requirements of the latter (cf the notion of « good moral standards »).

Common reflection on this type of subject is generally confined to a national scope or a specific domain (for example, censorship in French cinema, or in American comic strips). This project’s originality resides in its approach, which is comparative between countries and transversal through different means of expression.

Forty specialists from around the world are expected in Paris next February. Among them, not just academics, but also activists from non-governmental organizations who will bear witness to their daily struggle against censorship in all its forms.

The money collected will serve to complement public subsidies that have been in continual decline for the past few years. Social science laboratories have seen their budgets cut drastically, which makes it more and more difficult to organize this type of conference.

Indeed a 3-day international symposium leads to considerable expenditure : transportation, accommodation, and meals for forty-odd people. Not to mention the cost of publishing the proceedings. The amount we are trying to raise will only cover a small part of these costs, although I hope we will raise more than our objective !

The funds will help cover accommodation costs for speakers who are not financially supported by their institutions, particularly PhD students. It can also serve to publish the proceedings.

For 1 € and more: A big thank you and the satisfaction of having helped, even modestly, a useful cause.

For 10 € and more: An invitation to attend one of the symposium’s three days.

For 30 € and more: An invitation to attend all three days of the symposium.

For 50 € and more: The above + an invitation to the launch of the conference proceedings upon publication.

For 75 € and more: The above and a copy of the published proceedings.

For 100 € and more: The above + your name in the conference proceedings as benefactor !