Help us to create an innovative system to collect rubbish and recycle it in Sagbado District in Lomé! 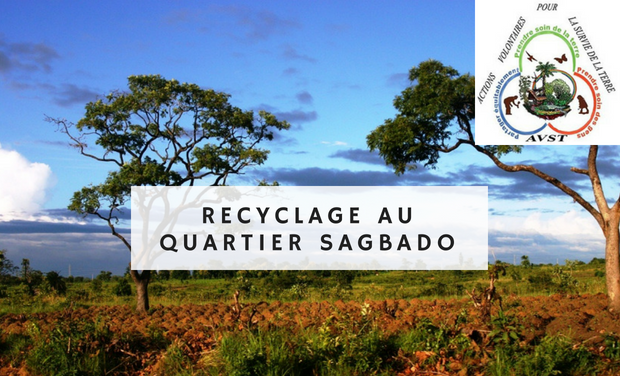 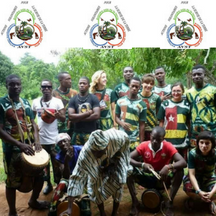 My name is Sophie, I am a volunteer at AVST (resolute actions for the survival of the Earth), a Togolese non-profit organisation. I am really moved by the major issue of the pollution of Lomé’s neighbourhoods as well as the great kindness of their inhabitants. Hence, I would like to help AVST to carry out its project.

The pollution of Sagbado district (Lomé)

In Lomé, rubbish collection is only done by private firms, which is expensive. The inhabitants of Sagbado have little incomes, so they cannot afford such a service. Therefore, they are forced to throw their rubbish in the streets.

These few examples can make you imagine the extent of the issue… Throwing away so much waste harms the residents’ quality of life, but also contributes to hugely pollute Togo’s air, water and soil.

How can this problem be handled?

AVST organisation designed a system to collect Sagbado’s rubbish and will do it at its own expense. It aims at setting two bins located at each main intersection of the neighbourhood, which number four. There will be two bins: one for recyclable waste and the other for non-recyclable waste. AVST will then collect them using a tricycle.

Once collected, the rubbish will be recycled so as to limit its environmental impact.

A great part of AVST’s job is raising awareness among the population who unfortunately is now used to throwing their rubbish beside their door. Thanks to its skills and its influence, the organisation will be able to make residents’ behaviour change, but it needs to be supported to make its project a reality!

AVST has already begun to raise awareness among Sagbado’s population and keeps on doing it twice a week since August. Afterwards, it expects to set up the bins and begin rubbish collection as well as recycling waste as soon as it has enough money to buy a tricycle, meaning at the end of October. AVST will collect rubbish twice a week.

As a tricycle costs 2300€, AVST will entirely use the funds to buy its first engine.

If our aim is exceeded, the additional money will enable the organisation to buy bins. A single bin costs 5€ and we will need eight of them, which represents a total amount of 40€. Members of AVST will set them up for free at the four corners of Sagbado. Then, would the total amount be enough, the organisation could buy a second tricycle, as collecting rubbish requires two engines. Another tricycle also costs 2300€.

As AVST does not have any bank account, I will receive the money and will immediately and entirely give it to the organisation.

You will be thanked on our Facebook page and website, and you will send you pictures of the advances of the project as soon as we buy the first tricycle

Thank you very much!

We thank you on Facebook and our website, send you pictures of the project and offer you a batik (an African painting)

Thank you so much!

We thank you on our website and Facebook, send you pictures of the project and offer you a personalised batik

Thank you very very much!

We thank you on Facebook and our website, send you pictures of the project, offer you a personalised batik and give your name to our first tricycle