Help us to tell the world the story of Pitalito ! 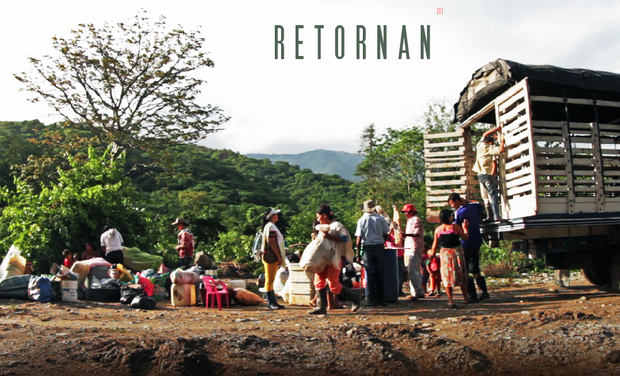 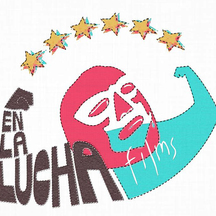 The project, in short !

Retornan is a documentary that highlights the situation of forcefully displaced communities in Colombia, in the context of the massive production of oil palm and deforestation. It was shot between 2013 and 2014, and follows the adventure of the Pitalito community members, displaced in 2010, who decided to recover the land that was once their home.

We need your help to finish the post-production of the movie, and to offer Retornan an international tour through the festivals. We want the world to learn about the social and environmental disaster taking place in Pitalito, and in Colombia in general.

MANY THANKS TO ALL OF YOU FOR YOUR SUPPORT!

The massive extension of the oil palm agroindustry implies many social and environmental issues:

The displacement of rural populations is one of the more dreadful consequences of massive oil palm industry. The explosion of oil palm supply urged the industry to grow. The areas of oil palm trees cultivation rised from to 1 million hectares in 1970 up to 15 million today (in the world). Simultaneously, the forests shattered.

Between 1990 and 2012, Colombia lost 5 million hectares of forests, 7% of the total. Oil palm industry has obviously been part of this disaster.

The deforestation also affects biodiversity and the respect of local populations’rigths.

The tragedy of internal displacement in Colombia.

In the country, the armed conflict, the weakness of the State presence, the deficiency of land regulations and the large-scale corruption result in constant internal displacement of populations. And beyond the displacement, the agroindustry of oil palm impacts their livelihood and their culture. For those who live in the rural aeras, on the coasts, in the forests or in the mountains, having to survive in the cities, along with other 6 millions displaced people, is being condemned to unemployment, starving and extreme poverty.

It is this situation that forced the Pitalito community, displaced in Curumaní, to go back to Pitalito, braving the presence of the paramilitaries.

How it all started.

Everything started by a phone call, in April 2013. A Human Rights NGO needed us, needed our cameras. “Us”, it’s Enlalucha Films, a production company that my husband, Sebastián, and I, run in Bogotá. Gloria Silva, the lawyer of Equipo Jurídico Pueblos, explained to me that a rural community from the North-East of Colombia was heading into a dangerous project: displaced in 2010, they wanted to go back to their territory, Pitalito. The cameras would be the witnesses and would increase the protection of this adventure.

With the members of the community, we agreed not only to be there, but that the images shot the day of the return would one day be part of a full documentary, to tell their story to the world.

Thanks to a quick crowdfunding and the help of our families, we got the fundings for this first production trip, in May 2013.

Colombia is living an armed conflict since more than 60 years, and has resulted in more than 6 million victims of forced displacement. The actual President made the issue of land restitution as a key of his mandate. In 2011, the Victims and Land Restitution Law promised to give back 2.2 million hectares (of the total of 10 million stolen) to their proprietaries.

In June 2014, the director of the Restitution Unit admitted the number of 1.36% of this goal being achieved. It’s in that context that Retornan’s story takes place. 8 members of the displaced community of Pitalito have already been accepted under the status of official victims of displacement by the Restitution Unit, but the administrative slowness condemn them to live in Curumaní. There, they cannot work, farm, feel at home, and they live in extreme poverty. The Equipo Jurídico Pueblos’ lawyers help them to recover their lands, in spite of the risks implied.

In Colombia, since 2006, more than 140 land restitution leaders have been murdered.

The help on the road

While the community was settling in, building their shelters and planting their crops, Enlalucha Films presented the images of the return to a public contest and earned the fundings for 3 more production trips, and a part of the post-production. Then, helped by our allies, we managed to end the post-production: a friend composed the music, another did the sound calibration, a sister the graphics...

It lasts 56 minutes, and is ready to tell the story of Pitalito to everyone interested – and above all, to everyone not interested! If Diana’s determination and Don Pedro’s kindness can wake their curiosity up and lead them to dig into the issue, we will have done a good job.

Retornan is a love story, a universal one: human beings cultivate the Earth, take care of her, respect her rhythms and her needs, and in return, she gives them food, a place to live, a river to swim, trees to get shadow. It’s also a story of bravery, hard work and tenacity. The inhabitants of Pitalito have to build everything from scratch.

Finally, this project is a family story. Sebastián and I got married during the production and had a babygirl during the post-prod. Our parents supported us, made us rehearse our pitch for the contest, and babysat our daughter during the late working nights... These two years and a half, everyone, in France and Colombia, was part of Retornan.

Diana is no older than 30 years old, and she already has lived 4 displacements. She is the mother of 4 boys who wait for their first swim in the river of Pitalito. She speaks easily and sincerely, always happy to help and share her knowledge of her territory and community. The story opens and ends with her testimony.

The school teacher is about 40, she has teached to the 27 children of the community. Now she watches them wander in the dusty streets of Curumani. Her only wish is to go back to her land: she was a key person in the process of getting people together and decide to return to Pitalito. She gives hope to everyone.

Don Pedro is the community leader. After his wife died, he raised is son Marco alone, in the love of the land and the farming work.  He made contact with the lawyers and helped them to build their case. He knows every bit of the territory and his kindness to his people softens their rage against the crimes committed.

Don Gustavo is a free soul, and yet always attentive to others and to the community’s well-being. He speaks about botany, farming engines… but what he likes the most is to take care of his corn crops and his cows. He has had to flee many times the paramilitaries, but keeps a resolute confidence into his community’s solidarity and hopes that one day he will sing the story of their return, accompanied by his accordion.

Gloria and Rommel compose the Equipo Jurídico Pueblos team, and they accompany pro bono many victims of forced displacement. Specialists of Human Rights, they are also accompanied themselves by different international NGOs who protect them from attacks. The get to speak really little in the documentary, just enough to help us understand the risks taken by the community.

Our partners: We are lucky to have tight strings with the main actors of Human Rights defense in Colombia. The NGOs we work with accompany indigenous, afro-Colombian and rural communities, and in general, victims of the armed, social and political conflict.

Our team: In 2011, Juan and Sebastián Mejia, created Enlalucha Films, a production company, driven by the necessity to give voice and visibility to those who are usually forgotten by traditional media. Desterrados (2007), La Toma (2010) and Battle for Land (2012) were the first productions, centered in Human Rights issues. Enlalucha Films was born as a project, this of unveil injustices and Human Rights violations in Colombia, local histories, testimonies of people, families, communities who suffered the consequences of the war and of the quick expansion of mining and agro-industrial projects.

Sebastián and Alice: directors and producers, this whole project has been our main occupation these 2 last years. We have learned a lot on the way (administration, edition, RP…).

Guillermo (or “Guillo”): the DP of most of our productions, an extraordinary eye, and an infinite patience. He leaves reality emerge in front of his camera.

Germán: sound engineer in love of his work, he immediately makes friends with the characters.

Carlos: our film editor, always attentive to our thousands wishes, he puts together the pieces of the puzzle with a huge talent.

We need your help to finish Retornan!

After two years and a half, we still need the last funds for the post-production and the distribution stages.

14000 euros:  We will be able to put French and English subtitles, and register Retornan to the international festivals so that as many people as possible get to know the story of Pitalito + we will add music and graphics.

4000 euros: we will offer the last esthetic touch to Retornan! The sound adjustments and the color calibration will give the images and sonorous landscapes an elegant harmony.

2000 and more: We would like to contribute to the efforts of the NGOs who support the Pitalito community, once again displaced from its land. The entire community received us and let us accompany them in their return, these crucial and private moments of their life. Today, they lack of everything.  With 2000 euros we will be able to help them significantly.

Thank you very much ! We will be able to finish Retornan and the story of Pitalito will be known !

Thank you very much ! We will be able to finish Retornan and the story of Pitalito will be known ! All the gifts before + you will receive at home a beautiful poster of Retornan !

Thank you very much ! We will be able to finish Retornan and the story of Pitalito will be known ! All the gifts before + you will receive you card of 5 entries to cinema (valid for two months in France) !

Thank you very much ! We will be able to finish Retornan and the story of Pitalito will be known ! All the gifts before + we give you a plane ticket to come and visit Colombia, with 3 hotel nights included and an invitation to have dinner with the directors of Retornan.