Join us in our tour of the cuisines of Madagascar, the Red Island !! 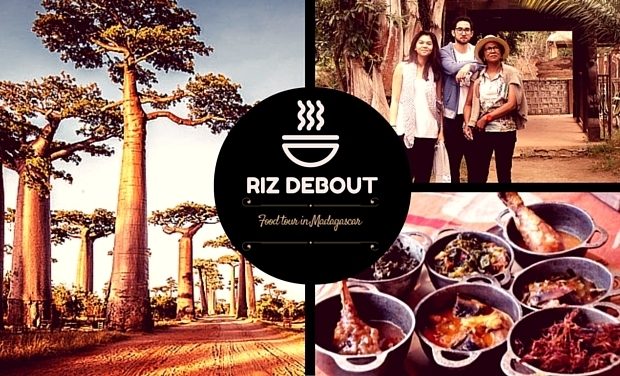 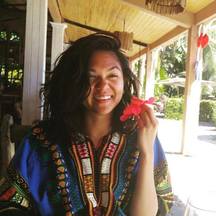 What is “Riz Debout”?

My brother, my mother and I embark on an exciting adventure this summer! For 6 months, we are going to travel around Madagascar and visit the 18 ethnic groups of the island, from East to West and from North to South. At the end of this food tour, we will publish a cookbook of typical Malagasy cooking recipes compiled during the trip.

“Riz Debout” is the French translation of “Vary Mitsangana” in Malagasy, and relates to the small food shops you can find everywhere in the island. In English, you could translate it to “Standing Rice”. Indeed, these small shops serve traditional Malagasy food (mostly rice dishes) that you can eat quickly (and standing!). So, we decided to name our project after this typical Malagasy street food reference.

The story behind the project

Back in 2014, we lost our grandmother; she was this small and spirited old lady. Most of all she was passionate about cooking, and she touched our lives in such a strong way that we decided to do something to honor her memory. It seemed obvious that we should do something around Malagasy food.

Madagascar is the country of our origins, but it is also one of the biggest islands in the world. With 587.040 km² it is the fifth largest island in the world. Blessed with a wealth of natural resources and of beautiful landscapes, it is located at the crossroads of influences from Africa, Asia, India and Orient. Despite all of these advantages, the country is one of the poorest in the world and is regularly affected by political crises. This is how it has some trouble to stand out and to bring forward everything that it has to offer.

Our goal through this project is to participate in promoting the Malagasy food and culture.

For 6 months, we will venture along the Malagasy paths, hike in the high plateaus, follow coastlines and baobab alleys, admire the Indian Ocean and cross the dry South.

For 6 months, we are going in the very heart of the 18 tribes of Madagascar to discover the typical food in each of these ethnic groups and to compile the traditional recipes in a cookbook.

The Malagasy cooking style is influenced by Africa, Asia and India and is spicy, rich and colorful. Who never heard of the famous Malagasy spices? Vanilla, pepper, cinnamon, clove, chili, ginger, nutmeg, cumin, combava… In a word, we can find a whole range of flavors and colors in this food.

Firstly because as we highlighted it, the island is quite large: the fifth largest after Australia, Greenland, New Guinea and Borneo.

Secondly because travelling around the island is quite complicated! The roads are often in very poor condition and the vehicles are quite old.

Finally, because in Madagascar there is a general philosophy of “Mora Mora” (“Slowly” in English) which could be resumed in a famous adage: “You have watches, we have time”. In Madagascar, you better be patient and when you travel around, be always prepared to encounter unexpected events and delays. But that is the charm of this island life!

At the end, this food tour will result in the publication of 150 cooking books and a filmed travel diary of our adventures available in DVD.

Born and raised in the high plateaus of Madagascar, my mother spent the major part of her life travelling with my father who worked in different countries in Africa (Rwanda, Congo, Central Africa, Tunisia, Egypt), in the Caribbean (Jamaica) and in Europe (France, Belgium). She was at the initiative of this project.

“Since I was a child, I was fascinated by the fact that we are 18 distinct ethnic groups living in the same country, different and similar in the same time. I always wanted to discover all these cultures and to meet all those people and to promote the Malagasy culture.”

He is my little brother, the gourmand, the gourmet, the food lover, the gluttonous pal. Half Belgian and half Malagasy, this law student decided to have a break and to follow us in this adventure to pursue his passion for food. He is essential for the project as he is always there when we need a taster!

“There is nothing more beautiful than the smell, the color and the sound of a dish simmering. Above, it’s the sun.”

This is me. Once I graduated from law school and business school, I wanted to travel and to share another image of Madagascar far away from the clichés, the lion and the zebra (which by the way don’t exist in Madagascar!); I wanted to meet the people of Madagascar and to show the diversity, the wealth of the culture and the unknown aspects of this beautiful country.

We hope that we convinced you to discover the flavored Malagasy food with us and to help us promoting it!

Please help us publish these recipes book participating in this funding pot!

How do we use the budget?

Transports:  We will assume the cost of transports around the island Photo/Video: In order to make a film of our travel diary but especially to shoot the different dishes for the cookbook

-          Accommodations:  We will handle the costs of accommodations but sometimes we will need to camp so we need good camp equipment

-          Last but not least: For printing and setting-up 150 cookbooks, here is the quotation we received

We decided to round this amount down to 3000 EUROS.

What happens if the collect exceed 3000 EUROS?

We will use the extra money to publish additional books. We also wish to give away part of the budget to charities which fight against the malnutrition in Madagascar.