Let us give a voice to the men and women fighting ISIS. Let us take part in the first feature documentary filmed in Rojava. 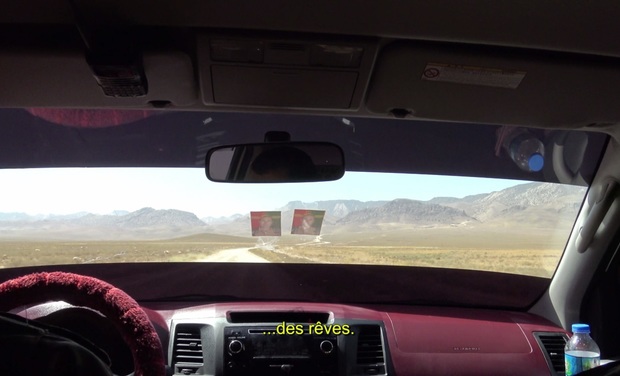 Night falls. In the distance, the sinjar mountains slowly fade into darkness. The car that should have picked me up will not be coming.

I am in Rojava.

After encountering the Kurdish community during the Kobané battles in the winter of 2014, i spent months covering the Kurdish people in Turkey, In Irak, and in Syria. Notably, I was able to experience the 11-day curfew implemented in the city of Cizre, in south east Turkey, in septembre 2015.

In the midst of tragedy, wars, and violence, the story of the Kurdish people is underway. As early as 2011 and the first signs of the Syrian civil war, a political movement that goes by the name of Rojava has been steadily growing in the northern region of Syria.

In June 2016, I decided to set out for two months, camera in hand, and meet the people of this region. From the Iraqi mountains of sinjar, to the devastated streets of Manbij, I followed these men and women who often put their lives on the line in the fight against Islamic State.

After having published my reports on Rojava through numerous forms of media (Paris Match, Marianne, La Croix, Le Parisien, CNN), I have the great pleasure of realizing my work by directing this ambitious film for a wide audience.  Rojava has been directed independently by a professional production team. We are looking for a financial contribution to finish this film and bring it to the big screen.

Thank you for your support.

Matthieu Delmas and the Rojava team.

Rojava is a war documentary, filmed mostly in northern Syria, amongst the people who are engaged in resistance against ISIS.

Throughout his journey, 27 year old director Matthieu Delmas, has set about collecting the testimonies of a myriad men, women, civilians, and fighters, who's past, present, and future, are haunted by the war. With trenches defining its limits, Rojava is an inferno with constantly changing borders and permanently under siege.

Rojava is not a report. It is above all a human narrative told in a hostile territory. For several months now Rojava has been living under a blockade. In the north, the Turkish tanks are pointing their cannons. In the east, the regional Kurdish government (KRG) is closing its borders. To the south, ISIS is decapitating "infidels."

For over two months now Le Groupuscule, an independent production company, has been accompanying the dozen or so professionals who have decided to bring this ambitious project to life. While much has already been achieved, there still remains a lot to be done. With some extra funding we can fulfill the goal of taking Rojava to the big screen.

Concretely, we have four weeks of sound and image editing, translations in Arabic and Kurdish, the French and English adaptation, creative direction, and a music sound track to provide. Next, we will need to work on sound mixing and image calibration in order to obtain an optimal rendering. Finally, we will need to work on the various subtitle versions for international film festivals, as well as a version for the hearing and visually impaired.

So far we have benefited from neither public nor private funding. We also made a conscious decision to remain independent, and not associate ourselves with any institution or organization so that our film could preserve its liberty, which in turn gives it its unbiased force.

To give a voice to these people and make this unknown region come to life, we have made the choice to call on you. It is urgent, this film is yours. We are counting on your solidarity for this project to be fully carried out in the best possible conditions and in a timely manner.

Rojava is a Kurdish political project located in northern Syria. The political ideology traces its roots to the writings of Abdullah Ocalan, the Kurdistan Worker's Party leader (PKK). Based on the democratic confederation model, Rojava has a social contract that claims to be multiethnic, feminist, and ecological.   It primarily aims to incorporate all components of the Syrian society, and ultimately to extend its model to the entire country. The territory of Rojava accounts for numerous ethnic and religious minorities. Turkmenistanians, Yazidis, Assyrians, Kurds, Arabs, Syriacs, and even Jewish, all rub shoulders in Qamishli, the political capital.

In August 2016, the SDF, also known as the Syrian Democratic Forces, launched a major offensive against ISIS forces. The SDF is a coalition dominated by Kurdish fighters from YPG (People's Protection Units) who comprise in large part of Arab and Christian volunteers, some of which are coming from FSA (Free Syrian Army). This offensive resulted in penetration and territory gains across the Euphrates river, which has been defined by Ankara as a red line for the Kurdish forces.

In crossing the Euphrates, the Kurdish expect to rally the Afrin district, north west of Aleppo, and to connect it to Rojava, ensuring a Kurdish-controlled territorial continuity alongside the Turkish border. This would be an unthinkable outcome for Turkey who sees the PYD, the political party controlling Rojava, simply as Syrian troops under the PKK. The option of an independent Kurdish territory on Turkey's southern border is all the more so unacceptable as it would allow PKK guerrillas to have a solid staging ground for attacks against Turkey, attacks which have been gaining momentum since 2015.

After crossing the river the SDF rapidly reached the suburbs of Manbij, freeing dozens of Arab villages on the way. This one-hundred-thousand strong ISIS stronghold had been nicknamed "Little London" by ISIS, referring to the large presence of British and European jihadists.   In rural areas, ISIS spreads an extraordinary amount of explosives and hand-made mines. The city is under siege after a three-week offensive. In the midst of the chaos, the religious extremists take over the city and use the inhabitants as human shields. In order to avoid large civilian casualties, the SDF volunteers must move forward with caution, street by street, house by house.

Rojava is the yellow part of this map of Syria from the beginning of September 2016.

27 years-old independent journalist, Matthieu Delmas mostly works on the kurd community. For over two years, he's travelling around to meet the kurds of Syria, Iraq and Turkey.

We want to thank all the people wich will get involved in this project as these, Reporters Sans Frontières, Khaled Issa, Julie Boucherat, Marion Chesné, Les Chaises, Marc Zeller, Gilles de Selva, Abel 14, Jean-Pierre Gavini, Les Fils de, Les Disques Entreprise, Julie Bataille, Studio Orlando, Anastasia Beloeil, our families and friends, and all the men and women met during this trip in Irak and Syria.