Take part in the success of a romantic comedy filmed in Bormes les Mimosas and the surrounding area. 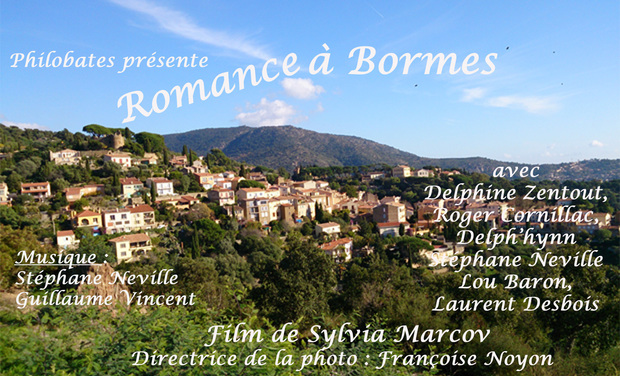 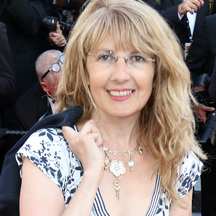 "Romance in Bormes" is a cinema movie project featuring love, friendship and music.  It is the first long feature film by Sylvia Marcov.

Master of Science in Education and Environmental Management(MSc). Degree from the Business School, graduated from the Faculty of Economic and Social Sciences, Human Geography & Semiotics.

An international professional diver and diving instructor. From 1988 to 1998, Gregory Koulbanis was one of the close associates of Commander Cousteau. Fifteen times a scientific expedition leader aboard Calypso and Alcyone.

In 1999 became a consultant to the UNESCO Division of Ecological Sciences . He created Philobates that year and has since directed and produced documentaries, corporate films and more recently fiction films for foreign countries. He also directed the UNESCO film which won the Environment prize.

He is an honorary citizen of the city of Rosario in Argentina, and Bormes les Mimosas.

Lea, a 39-year old, decides to marry before her next birthday.  The year that follows leads Lea and her friends through a comedy of manners, where lightness, music, humour and charm are all present.

The movie will be distributed in French and international theaters, threw the new digital distribution services company.

Trained in the Marseille High musical and theatre school. A full artist: singer, actor, pianist, guitarist, fencer. We saw him in different movies, and theatrea,: leading characters in the musical shows : Romeo & Juliet, Pinocchio, 80 days, Cindarella, The loves of Mozart , the Children of the Sun, the Little Prince....

Attended National Music school : studied the piano. Won the organ competition in Paris. Learnt theatre at school.  Has been on stage for ten years.

Graduates at The French National School of Fine Arts and the "Ecole Boulle" in Paris. Great international decorator, she has had  a passion for dancing for a number of years. During a show Sylvia chose her for one of the characters in Romance. The casting was very successful.

Actor and Director for more than 40 years, Roger gave his agreement after reading the script.

Regarding the score, Stephane Neville will work with the concerto pianist Guillaume Vincent. Sylvia met Guillaume after he gave a Rachmaninov prelude concert. He was immediately seduced by working on the Romance score.

This young 24 years old virtuoso gave his first recitals and concertos with an orchestra when he was barely 10. He was awarded his Prix de Piano, Music Diploma for Higher Education, Master degree in piano and the Prize for Hamony. He was 18. Some of  the International  prizes he won:  Leipzig's Young concert Artists, Academy de Ravel, Awarded Sacem, Prize of the Orchestra National de France, Revelation classique by ADAMI, Revelation Soliste instrumental at the French Victoire de la musique Classique.

Director of photography for more than 20 short movies  (2 with Sylvia Marcov).

Camerawoman on 6 long feature films, and several  famous French TV series for more than 25 years, and  on 3D films.

Also she has co-responsiblity for the image department in the CST ( Higher Technical Picture Commission).

And is a movie camera trainer in all the prestigious films schools, such as the Louis Lumière, ESRA, IIS, the Famis and EICAR.

plus hundreds of music video clips and advertising.

Graduated from  the Louis Lumiere school. Work:  he was assistant to great sound engineers such as Bernard Bats, Pierre Lenoir, Laurent Boudaud in several feature films by Gerard Oury, Hean-Marie Poiret, Alain Centonze, Zem, Benoit Jacquot, etc.(also he is experienced in the technical department), on many long feature films.

There were two possibilities: make this Romance, or doing nothing. We choose the first one.

The budget is very small compared to a normal  French production.   With the generosity  and willingness from the all crew, and the renting material companies, we will be able to achieve this project.  But we need a minimum of the funds. That's why  we need this crowd-funding to complete our budget. The movie can only be done  with your help.

There will be a few levels with your help :

1st level : 7000 € : Will pay most of all the transport expenses like trains, oil, freeways, renting lorries for the camera, sound and lighting materials....

Your name in the credits. A BIG THANK.

Previous + an invitation to see the film in the closest cinema to your house. A BIG THANK.

Previous + a copy from the poster signed by artists (size A3). A BIG THANK.

Previous + internet link to see the movie (after being released in theatres and before the DVD/BluRay are released). A BIG THANK.

previous + inviation to the Premiere either in Provence or in Paris with the crew. BIG THANK.

The 20 early birds: previous + DVD/BluRay + a mood board. A BIG THANK.

Previous + DVD/bluRay + a mood board. A BIG THANK.

Previous + you will give the "action" on the set. A BIG BIG THANK.

Previous + A day in studio with us for post-production in sound or motion. A BIG BIG BIG THANKS!

Previous + Your name will appear at the beginning of the movie. THANK YOU A LOT!

previous + you will "act" instead of the artist on a shot and we'll give you the editing. No words to say THANK YOU SO MUCH.

previous + a private sceening with 50 of your guest in presence of a part of the crew, depends on the date. No words to say THANK YOU SO MUCH.