Help us to produce the show "Shakespeare, As We Like It" in London 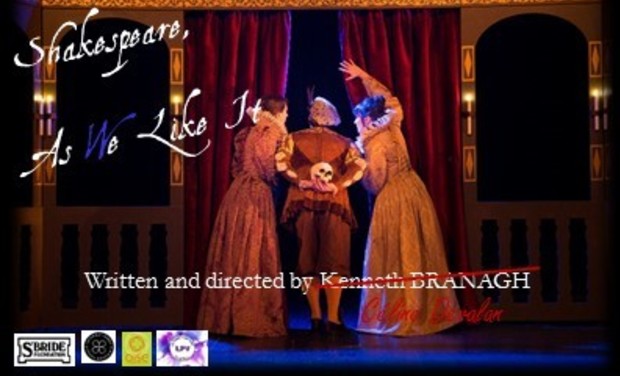 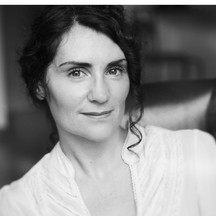 Become a producer of an unprecedented comedy about Shakespeare !!!

"La Petite Vadrouille" Theatre company needs your support for the production of "Shakespeare, As We Like It" in London in Februrary 2017

After the broadcast of the show in France in 2015, this time the company created an English cast and gathered 3 actors (who met at Shakespeare's Globe in October 2015) all addicted to Shakespeare, to perform this show.

The pitch : An American actor, a French one and an Italian have to perform in honour of The Bard under the direction of a demanding and eccentric British director who wants them to play Shakespeare according to 16th century practice. This comedy, which could also have been entitled “An Opening Night's Dream”, uses Shakespeare's favourite literary device of a play within a play.  The last part of the rehearsal is far from reassuring:  tension mounts as the actors attempt to dance an impossible jig in traditional costume, struggle to stage the heroine's implausible death, fret over the ridiculous superstitions surrounding “MacBeth” and argue about whether Shakespeare is the true author of his plays.  Even the poet's ghost meddles in the play and sticks his oar in on the play's opening night. Zany and quirky, this comedy is a declaration of love to Shakespeare …. with a plastic duck !

These 3 performances are a "showcase" which allow the company to show the work to UK professionals, in order to produce it in various places thereafter.

The fund-raising is essential to us to finance travel and accomodation costs for the actors: after a residency period in France early February, the team will travel to London from 4 to 12 February 2017.

The name of each contributor will appear in the program of the show !

If the collection is greater than the amount requested, this will allow us to hire a stage photographer to create a pressbook of the show.

Our gratitude and a huge thank you !

A postcard of the show autographed by the team and a huge thank you !

The playbill of the show, autographed by the team, a Midsummer's badge and a huge thank you !

The program of the show, autographed by the team, a Midsummer's badge and a huge thank you

A keyring with Shakespearean insults + the script of the play