I'm working on my 2nd solo LP, where meet Beatbox, Soul, Funk, etc… Please help me to make this album in the best conditions. 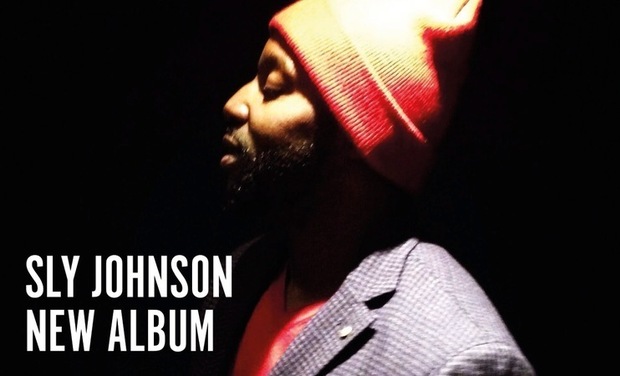 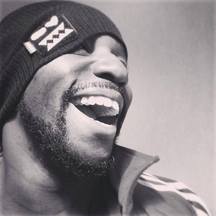 BUT WHO IS SLY JOHNSON ??

It is on the benches of the high school that Sly (alias The Mic Buddah) already rocked by Jazz and Afro-cuban music which listened to his Father, fell in love with the culture Hip-hop and its musical and rhythmic universe.

He will begin then with dance, Beatboxing, Rap and Djing which later will bring him near this fantastic adventure in 1997, year of birth of the SAIAN SUPA CREW.

With his band he is going to cross diverse styles and find itself in front of Hip-Hop stars such as RZA and Ghostface Killah ( Wu-Tang Clan), Roots Manuva, The Pharcyde, Rahzel (The Roots), Brand Nubian and so many others … Go round the world with the SSC, rewarded by multiple platinum and golden records and gain a Victoire de La Musique. It is during these 10 years of meetings and collaborations with Camille, Erik Truffaz, Rokia Traoré, Raphaël, Oxmo Puccino, Grace, Juliette Gréco, Dudley Perkins, Wildchild (of The Lootpack), Manu Katché, DJ JP MANO and other talents, that the style and the voice of Sly are so going to show themselves to him as if by magic in 2006.

What will give birth in 2010 to his first solo album - 74 - at Universal Classics and Jazz / Emarcy where appear Slum Village, AYO and Rachel Claudio the whole played by renowned musicians, Neal Evans and Kraz ' of Soulive, Cindy Blackman Santana (Lenny Kravitz, Cassandra Wilson), T.M. Steven (Bootsy Collins, James Brown, Joe Cocker), Sherrod Barnes ( Whitney Houston) with the arrangements of the famous Larry Gold (Erykah Badu, The Roots, Justin Timberlake, Jill Scott), album which will be worth to him to be nominated at the Prix Constantin 2011.

THE NEW ALBUM " #THEMICBUDDAH LP " On this album, I wanted to synthesize all my previous musical experiments as well as my passion for the music, wherever from it comes.

And to put in music all these influences, ideas and desires, I found the perfect man: Dilouya, composer and talented arranger, with whom I brought out my first sung piece  Runnin' Away on his album " Dilouya Faithful Circus " (2012). We spent two long years in studio to compose this new album which sweeps  all the nuances of Black Music by touching Pop Music. And to record this new album in the best conditions, the best musicians and beautiful guests, I need your help !

In exchange, I suggest you following with me the recording and the preparation of this new album.

You will be at the heart of the project, and you will also be entitled to compensations that I am sure you will love :

- Pre-ordered of the digital album, the CD, the LP in vinyl which I shall dedicate you

- A private lesson of Beatboxing

- Live one acoustic or with La Machine

- An access favored to one of my first concerts

To work with the best musicians in the perfect studio, to invite some beautiful guests on #THEMICBUDDAH LP.

For the moment the list remains secret, but do not worry you will fast know and as we say it's heavy stuff!!!