Lauren Wolkstein= 2 films, both of them Oscar qualifying shorts and selected to 200 festivals ... Support her 3rd film "Social Butterfly"... 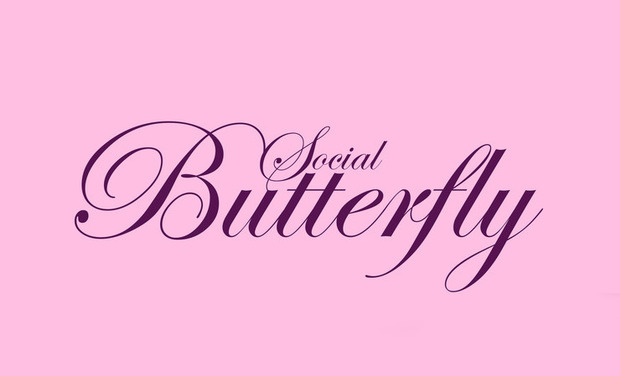 Behind the scenes of a short film:

Lauren, the director of the film, came to South of France last summer to join Ad Astra Films team to work on her first feature film. She was so inspired by the French environment that from one day to another she decided to write a whole new script for a short film instead. And we shot it 3 weeks later! This film is called "Social Butterfly"…

We have never done a film in such a short time before. We had very little time to find money to make the film. Sébastien  the producer, and Lauren believed very much in this project so they decided to take a risk and pay it from “their own pocket” without any investors, any public financing…nothing.

In just few days and with almost no money we had to finish the script, put together the whole film crew, found 4 actors and 30 extras, we also had to find a shooting location…

It was a big challenge!

And what is the result of all this effort 5 months later?

Today, the film is done and we are proud to announce some very good news such as the premiere of the film in SUNDANCE Film Festival  a coming broadcast on France 2 television, a screening on SXSW  and in 7 other festivals in 5 countries.

But it is not finished yet:) .

We are going to send the film to much more festivals all over the world and for this we need your help. You can help us to support the distribution of Social Butterfly by participating on crowd funding.  We are giving out DVD, posters, invitations for the French premiere and much more.

We need to show the film in as much festivals and TV channels as possible to get attention on Lauren’s work. This is a very important step before she starts shooting her first feature film on what scrip she is working right now.

So by supporting Social Butterfly, you will also contribute on a much bigger project :)

A 30-year-old American woman enters into a teenage party in the South of France. Some of the guests wonder who she is and what she is doing there.

Lauren Wolkstein is an award-winning filmmaker who received her MFA in film directing from Columbia University’s graduate film program and a BA in computer science and film from Duke University. She was named one of the top twenty-five emerging filmmakers through The Film Society of Lincoln Center and the Independent Filmmaker Project’s inaugural Emerging Visions program at the 2011 New York Film Festival. Lauren’s Academy Award qualifying short films have traveled around the world garnering multiple awards.

Her short film, The Strange Ones, co-directed with Christopher Radcliff, premiered at the 2011 Sundance Film Festival, and continues to screen at over one hundred film festivals, some of which have included Clermont-Ferrand, SXSW, Woodstock, Melbourne, Chicago, San Francisco, and BAMCinemaFest. The Strange Ones won Best Narrative Short at the Hamptons and Atlanta Film Festival.

Her feature film, based on this award-winning short, is currently in development and has participated in IFP’s highly selective Emerging Narrative and No Borders International Co-Production Market. In addition to Cigarette Candy, she has several other feature films in development, including a feature version of The Strange Ones she is working on with Christopher Radcliff, as well as Daniel Falcone’s award-winning feature screenplay Living in Skin that she is directing. Besides her narrative film work, Lauren has also directed commercials for Gucci, and edited several ads for brands such as Juicy Couture, Dickies, and Diet Coke.

Deux Inconnus (The Strange Ones) - one of the pervious Lauren's films :

A MAN and a BOY, trudging down a hot, deserted stretch of highway, sneak into a motel swimming pool and are soon found by a GIRL who works there. At first everything seems normal ….

Anna Margaret Hollyman was born in New York City and grew up in Connecticut with a little bit of Austin, Texas thrown in.   She attended Sarah Lawrence College and graduated with a concentration in Theater Arts and Art History. She studied the Two Year Meisner program at the William Esper Studio with Suzanne Esper, as well as Movement Technique with Ted Morin. She’s also studied improv at Upright Citizens Brigade in Los Angeles, and the People’s Improv Theater (P.I.T.) in New York.   She’s performed in New York City at 59E59, P.S.122, HERE Arts Center, Soho Playhouse, Tribeca Performing Arts Center, Impact Theater, and the Manhattan Repertory Theater, as well as in the Edinburgh Fringe Festival.

”Small, Beautifully Moving Parts”, an indie road comedy in which she stars, had it’s world premiere in the Feature Competition at the 2011 SXSW Film Festival in Austin, Texas. It’s also the recipient of the Alfred P. Sloan Award at the 2011 Hamptons International Film Festival.   Recent projects include: “The Romance of Loneliness”, a feature shot in Memphis, TN, “Slacker 2011”, “Somebody Up There Likes Me” (both shot in Austin, TX), and Jonathan Lisecki’s “Gayby”. She also has a few other projects up her sleeve.

Camille Claris is a French actress based in Paris. She was born on July 21st, 1991. After attending drama classes when she was young, she enrolled in Cours Florent while still in high school. In the meantime, she met an agent (Angy and co) and acted in short films, "En Douce" from Vanessa Lépinard (Best Actress award at the Cabourg Festival), "Nan" from Romane Gueret, and "Social Butterfly" from Lauren Wolkstein.

She also starred in several acclaimed French television series, including "1788 et demi" from Olivier Guignard, "Tiger Lily" from Benoît Cohen (both awarded at La Rochelle Festival), and "Clash" from Pascal Lahmani, for which she won the Best Actress award at Séries Mania Festival. She recently acted in a full-length feature film called "Macadam Baby" from Patrick Bossard, which will be released next year. And, last year she starred in Lebensraum from Israel Horovitz, a project directed by Clothilde Huet and Leslie Mitéran. She is currently enrolled in Claude Mathieu drama school.

Ulysse Grosjean is a French actor based in Paris. In addition to acting, he is a professional snowboarder.

To promote Social Butterfly in festivals and TV channels we need 3.000€ :

An exclusive download of the film via a platform

DVD set (« Social Butterfly » + 2 previous films of the director, both qualified for Oscars) + limited edition poster signed by the film crew + your name on the top of the “special thanks” section in film credits + script + soundtrack + 2 VIP invitations to the French premiere during Cannes Film Festival

DVD set (« Social Butterfly » + 2 previous films of the director, both qualified for Oscars) + limited edition poster signed by the film crew + script + soundtrack + 4 VIP invitations to the French premiere during Cannes Film Festival + 2 invitations to the Ad Astra Films VIP party during Cannes Film Festival + your name in the credits right after producers