STATION 2.0 is the result of an artistic collaboration between Hoc Momento and Barra do Pirai's inhabitants, in the disused train station. 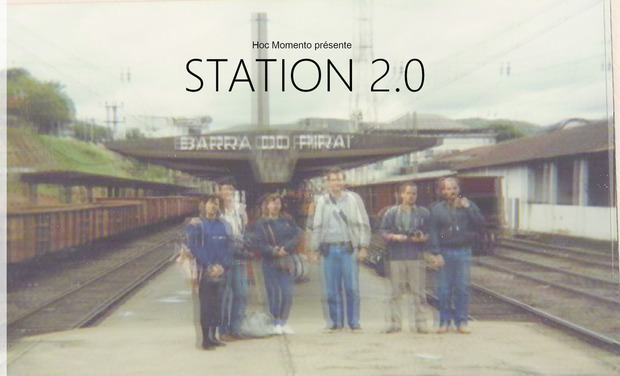 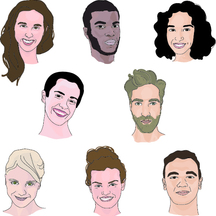 Bem-vindo ao Brasiiiiil ! For once, forget about the glitter and the fancy costumes. Instead, imagine an abandoned train station in Barra do Pirai, a small town located southeast of the Rio de Janeiro state. This is where Hoc Momento will settle for three months, from October to December of 2017. In the previous two years, with the help of the inhabitants, we’ve already breathed life back into this station by creating theatrical performances in 2015 and 2016. From now on, we want to go above and beyond ! Aside from creating another  performance, we want the station to become a dynamic cultural center and give it back its public dimension ! We want its walls to be the nest of new artistic, cultural, social and inclusive adventures ! Hand in hand with the inhabitants, we want it to be a place where people can gather, express themselves, enjoy an exhibition or a movie, engage in activities.

Hoc Momento is a reunion.  We are brought together by our common conception of the performing arts and our interest in its current issues at stake. We want to put it into question, perform it and push it forward.  In a few fords, we are a group of actors, performers, musicians, directors, playwrights and scenographers willing to share their skills and passions in order to create off-the-walls theatrical forms.

Hoc Momento is a theatre company. We have the will to take theatre beyond its walls and perform it in alternative places : vacant spaces, disused buildings… For instance, one of our previous performances took place inside an old hospital in Paris; for another one we played in an abandoned train station in Brazil. For our upcoming projects as well, we will occupy unexpected places such as a 5000 m2 wasteland in the city of Saint-Denis (France) and an ancient casbah in the South of Algeria. We want to create performances based on those places and their history. Moreover, we want to question the relationship between the urban space and its inhabitants and to build bridges between the institutions. We aim at strengthening the connections and the dynamics between people and spaces.

Hoc Momento is a gathering. We, the artists of the company, blend in with the population, the local associations and students from Paris 8 – Vincennes Saint-Denis University, whose peculiar experiences and universes are a breeding ground for our creative process. We want to explore what connects the community to the spaces we invest and together, to lead people who live there to re-appropriate those urban spaces.

If the previous years our collaboration led to the creation of two performances, this year, besides a third creation, we want to imagine the future of the train station, what it could become within three years. Based on the typology of the building, we’ll designed a cultural programation.

/// A performance for a programmation ///

Our first month of residency will be dedicated to the creation and rehearsal of the performance with the inhabitants. This performance will inaugurate the cultural program of the station and will set the pace for the following months. As in the previous creations which took place in Barra do Pirai,  we will put an emphasis on the pluridisciplinarity of the artistic practices and we will make our performances a place where all of the arts meet. There will be singing intertwined with tales; dance will narrate the decay of architecture as time goes by.

Starting November, the performance will be part of a cultural programming aiming at promoting the territory with and by its inhabitants. We will invite painters, photographers and musicians living in the Barra do Pirai area, who will exhibit their work and set up workshops. The station's architecture will allow us to settle many spaces where anyone can feel free to come in, engage in a discussion, enjoy an exhibition, watch a movie and of course share a drink together.

For this third year of work, we want to move forward a perpetuation of the project with the locals. Our main goal is to allow the station to be restituted and reappropriated by the inhabitants. More than a new way to make art, we consider the cultural center as a way to lead people coexistence and social cohesion.

After we return to France, we want to raise awareness about our project and share it with you ! We will organize a photography exhibition as well as a screening of our documentary, followed by a meet-up and a debate, so we can discuss our experience with people. It will be linked to the academic research conducted by Frederico (doctoral student) and Louise (PhD), both lecturers at Paris 8 University, which supports our project.

Supported by partners in Brasil, as well as research grants and student mobility scolarships, we still need some help to launch the project successfully.  We hereby appeal for donations, as small as they are, so you can help us financing the project, up to 25% of our overall budget.

Let us explain what we need this money for.

Our overall budget is 13 960€, divided into four item of expenditure : defrayal, production, communication and restitution. It will cover the expenses of seven members of the company (Soline, our production manager, will work from Paris) during three months.

Part of your donations will contribute to the launching of the cultural programming, by funding its communication, workshops and exhibitions. It will also help us cover our travel expenses (flight tickets).

If your generous donations were to beat our goal of 3500€, this money will be invested in our projects back in France : bigger exhibitions, more workshops and screenings !

Previous + a customized postcard just for you.

Previous + we offer you an object from Brazil

Previous + a box filled with three things we pick up for you.

50€/ Previous + the DVD of the documentary we will realize during our stay.

Previous + a beautiful print of a photograph we take during the project + a Brazilian dinner with all the members of Hoc Momento.

Previous + Pascaline, the most badass member of Hoc Momento, will get your face AND your name tattooed on her arm + your name will be quoted as coproducer of the project + you’re an amazing person, you have our eternal love, respect and gratitude.