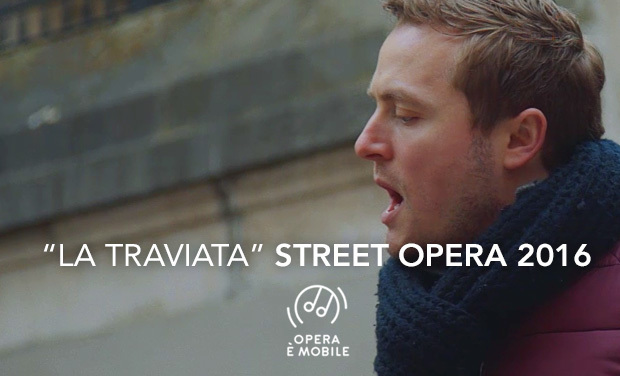 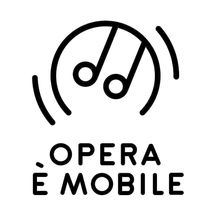 Opera è mobile is troupe of young singers with orchestra, performing entire pieces of opera, for free, in the streets.

Using simplified explanations, minimalistic staging and interactive performances, we have introduced the opera experience to the public in an unprecedented setting.

After the Mariage of Figaro, the Magic Flute and Don Giovanni of Mozart, we pick up the challenge of a romantic opera in 2016 : "La Traviata" of Verdi. We need your support to make the project happen !

My parents put me on a piano when I was 3, I didn’t really understand why I was practicing everyday, until when I moved to France at age of 11. Since I didn’t speak a single word of French, the only moment I was understood was when I was on a piano.

For me, the magic of music is to share the very same emotion with different people, from different culture.

I started to accompany a opera singer friend in the streets of Paris 2 years ago. Our project had grown rapidly, now we have almost 40 singers, a small orchestra, a conductor, an Art Director and a Vocal Coach.   We have already performed some very famous opera such as : The mariage of Figaro, the Magic Flute, Don Giovanni in the streets of Paris, London and Shanghai.

Our events gathers more than 2 000 people in the streets, this is more than the maximum capacity of a classic Opera House.

September 14th 2013, Opera è mobile in the streets of Shanghai

May 30th 2015, Don Giovanni captured by the audience

For 2016, we would like to perform one of the most difficult Opera : "La Traviata" of Verdi.

To take up this tough challenge, we need to offer trainings for our singers, to rent rehearsal rooms and travel to spread opera to the world’s most vibrant cities. Opera è mobile makes sense only thanks to you, we sincerely request your help to make our project comes true.

We count on your support !

Saïté is student in Advanced Master SMIB at ESSEC Business School. He studied piano in National Conservatoire of Créteil, Gennevilliers and Angers. He founded Opera è mobile in May 2013.

Mathilde studied in the Claude Mathieu Drama School in Paris. Her theater background brings us a sincere and human stage direction.

Alexandre has received a first prize in Piano and Music Analysis in the Conservatoire of Paris. He conducts the Opera è mobile orchestra.

Sébastien is vocal coach at the Opera of Massy and piano accompanist at Conservatoire of Pantin. He coaches Opera è mobile singers.

Since we started the project 2 years ago, we don't receive any subsidy. Our project rely on the support of our audience :

Our singers are young professionals. They have to learn by heart 1H30 of text in Italian and music in solo, duet, trio and chorus, and also the stage play. On La Traviata, they are paid between 300€ to 700€ for 1 month of work.

Social welfare costs are imposed by the French Government to protect artists.

Mathilde is our Art Director. She imagines the stage play and write the text for the singers. Then she rehearses during 1 month with singers to make sure that the stage play is well applied. She also buy stage play accessories.

Alexandre is our Conductor. He recomposes the whole opera for each instrument to transcript a 60 musician orchestra to 12. He rehearses with both singers and instrumentalists to ensure artistic coherence.

Sebastien is our vocal coach. He accompanies singers on piano and give musical intention advises.

Rehearsal room has to contain 20 musicians. The room must be big enough for the acoustic to not saturate and singers should be able to work their stage play. We rent Saw Swee Hock center for £270 per day.

Instrument hire are the timpani. They are 1m cube and we need 2 of them. They have to be transported in special vehicles. The cost is £120 per day.

GRATITUDE OFFER : We address you our gratitude on our digital communication mediums for your support : Social Network and Newsletter. Keep supporting us by following us on Facebook and Twitter, share our crowdfunding campaign to your friends !

SOUVENIR OFFER : Take a picture with our main singers by our professional photographer after the show. We develop the pictures and send you the souvenir by post.

DEDICATION OFFER : To emphasize your support to our Traviata, we cite you on the program distributed the day of the concert in Paris and London. It will be personally autographed by our main singers + SOUVENIR OFFER

CONNOISSEUR OFFER (20 early supporters) : To be unbeatable on La Traviata, receive 2 invitations for our indoor rehearsal in London or Paris. Our Conductor Alexandre, Art Director Mathilde and musicians will reveal all the secrets of this opera to you, together for a drink. Volunteers can be integrated to our stage play the day of the show + DEDICATION OFFER + SOUVENIR OFFER

CONNOISSEUR OFFER : To be unbeatable on La Traviata, receive 2 invitations for our indoor rehearsal in London or Paris. Our Conductor Alexandre, Art Director Mathilde and musicians will reveal all the secrets of this opera to you, together for a drink. Volunteers can be integrated to our stage play the day of the show + DEDICATION OFFER + SOUVENIR OFFER

GALA OFFER : Receive 2 invitations to the Gala Opera è mobile in Paris in January 2016, you will participate to decide our next opera + SPONSOR OFFER + UNBEATABLE OFFER + DEDICATION OFFER + SOUVENIR OFFER

PATRON OFFER : Your company is an official patron of Opera è mobile. The name and logo of your company will be integrated to all communication mediums from Opera è mobile during 2016 : Programs, Posters, Gala, Website, Newsletter, Social Network.

CONCERT OFFER : Our singers will accompany a company or private event of your choice + PATRON OFFER

We ask to hire Roberto Alagna as Alfredo