Love fear rush ? Then support "Surprise me !"! This is a horror short-film, an hommage to cult slasher films like "Scream"! Beware ... 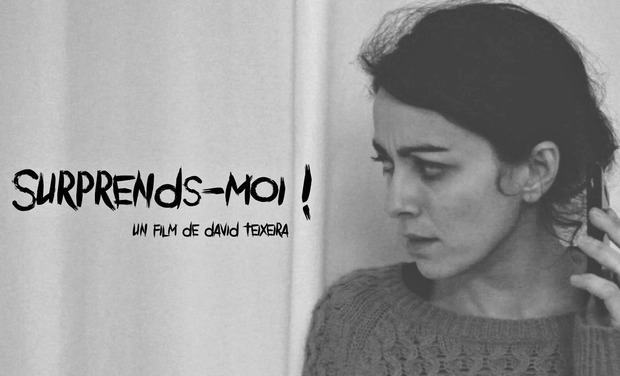 Christine's still receiving anonymous calls without response. One night her boyfriend invites her out but she decides to stay home and work. During diner Christine hears for the first time the voice of the man on the other line...

The main idea for the film just came to me three years ago after finishing my licence degree in filmmaking in Portugal. Passioned about horror genre i wrote the script in Portuguese but I did not have the chance to really direct it at the time.

The basic story of the film is already known and the idea was to turn it fresh and new but to keep the original vibe of slasher films as well.

There are many films that inspired me, but mostly Black Christmas from the 70s, When A Stranger Calls from the 80s and 90s, Scream from the 90s and The Strangers from 08.

The idea was to keep the classic key-moments from these films and just put it as a shortfilm. The first 10 minutes of Scream with Drew Barrymore are amazing and I think that scene would make a wonderful short-film. So yeah, the idea was to keep it old school with my vision of it.

The message I want to pass on with this film is the abandonment of Christine and the aftermath of her acts. Christine is a troubled and complexed character. She's independent, decided but selfish. She expects a lot from people around her and gets disappointed every single time but she's never there when they need her. The idea of troubling the character through these sequences of tension and terror is like a test, all mixed up in a psychological horror film.

The next clip I chose was a frightening scene from the film The Strangers, directed by Bryan Bertino. It really has the tone and atmosphere that I want in my shortfilm. Enjoy !

She's the main character. She's 26, she's getting a Master Degree in Art, she's stable and has her own apartment. She's independent, sensitive but selfish and her comfort is her home.

Christine's boyfriend, young and loving. He cares about Christine but not the same way she cares about him. Even if she cannot admit, for Christine, he's not caring enough.

The killer, the stalker. He knows every single detail of Christine's life, he's obsessive, he follows her for a long time; he loves his pray and will do anything in his power to have it.

"LOCK YOUR DOORS. PRETEND YOU'RE SAFE."

This tagline is from the film The Strangers. Even with our doors locked, we aren't safe from being harrassed on the phone.

The project is still in pre-production so to give you all a little taste of it, I decided to film a 3min "teaser", like an "avant-goût" of what would come:

The main problem we had during this shooting was not being able to work better 'cause we only had a CANON Reflex 600D with us, not any lights nor any sound equipment.

The final result is satisfying but it could be so much better and you know it... Let us do that !

THIS IS WHY WE NEED YOU !

- THE AUTHOR AND DIRECTOR -

- THE OTHERS MEMBERS OF THE TEAM -

Other members will be part of our team, if you're interested you can always apply at davidemmanuelteixeira@gmail.com ! We would be very happy to contact you ! Thank you !!

The money we collect will directly be for film equipment and catering.

We all are doing this freely so we need your help !!

Thank you all so much !!! We really appreciate your help !

All of the above + Name in Final Credits

All of the above + DVD

All of the above + invite for the party after shooting

All of the above + copy of the script

All of the above + invite for the shooting