Support the first edition of the Symphony Metalfest, planned for June 2014. 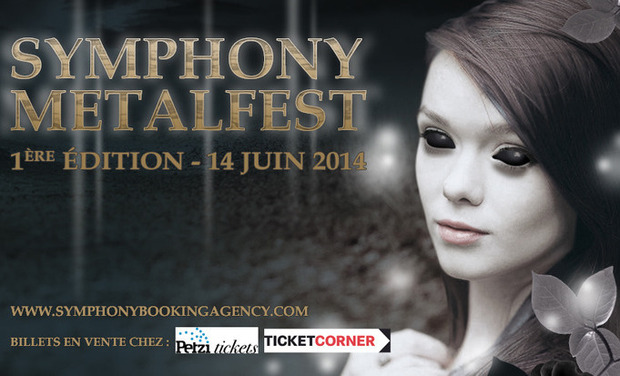 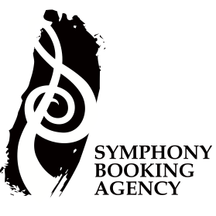 The festival is planned for June 2014, and it is an opportunity to offer the public an evening with a mix of renowned artists, as well as emerging bands that are makin themselves a little place in the Swiss or foreign music scene.

The idea is to compete with the big festivals, offering a quality line up at a price accessible to all and all thanks to your help.

The program will be announced progressively.

We have the pleasure to announce the presence of ELFERYA (CH), symphonic metal band from Lausanne, that recently opened for Eluveitie at the Docks. The band is going to play at the Z7 in Pratteln, with Serenity, Lunatica , Xandria and Visions of Atlantis.

A year after the formation, the band recorded an EP with 4 tracks, Afterlife, which was a great success both in Switzerland and abroad. The reactionsarrived soon with rave reviews.

It is on concert is the band's potential is finally confirmed with a stage presence allowing to rub big headliners.

The band released their first album The Straight and Narrow in December 2012 and is currently preparing his next tour, which will begin in August 2013 to Mars 2014, before the festival season in the summer of  2014.

2007 - At age 14, Jamie-Lee wrote the basic story of Azylya: the misadventures of a young girl abused by her father who, to avoid scandal, abandoned her in an insane and isolated asylyum. In this kind of place, there is only one philosophy, survive: to survive the abuse, the electroshocks, the violence, the bloody revolutions, the caregivers, the doctors and the exorcists monks. 2009 - In Brussels, the project leaves its cartons, Azylya is born. 2010 - The musicians of the first line-up composed several titles, and in late September-early October, recorded at Studio Molière (Brussels) on the first EP titled “Thanatos' Insanity”. The first concert of the group takes place in Oostende (BE) in December. 2011 - In changing, the group multiplies its concerts and plays on prestigious metal stages such as Molodoï (Strasbourg / FR), the Biebob (Vosselaar / BE) or Scène Bastille (Paris / FR). 2012 - Now numbering Jamie-Lee and Anthony (members of the first line-up) which were added Polak,Yohann and Laurent, the group offers a symphonic metal, sometimes film, accented with touches of death where the angelic voice of the singer and the various instruments combine to create a dark atmosphere of suffering and sad sweetness. In February, the band signed to the label Wormhole Death / Aural Music and recorded in March in the studios Realsound in Italy its first full album entitled "Sweet Cerebral Destruction". In April, Azylya participated The PPM Fest in Mons, one of the rendes must-see shows of metal in Belgium, where occurred this year bands like Epica, Sonata Artica, Accept or Blind Guardian. 2012, The first album " Sweet Cerebral Destruction" will be out in december. 2013, Azylya will play in "Dames of Darkness" in UK and others fest in Belgium ( R-Mine Festival, MFVF, Kraken Metal Rock Fest) and UK ( Scarfest).

The creation of a project of this size generates high costs, especially for a young organization like ours. Artists fees, rental of stage, sound and lighting, security, etc. .. The list is long and it can not neglect anything. The collection will be used to supplement the funds raised so that we can carry out this project.   This is a crazy challenge that we absolutely want to achieve and for this we need your participation! We hope to share the success with all those who have supported us!

1 Invitation to the festival

2 invitations to the festival + VIP entry (Backstage) + 2 drinks offered + The last album (autographed) of the artists performing at the festival.