The Einstein Tremolos have finalised the recording of their debut album and need your help to make it exist. 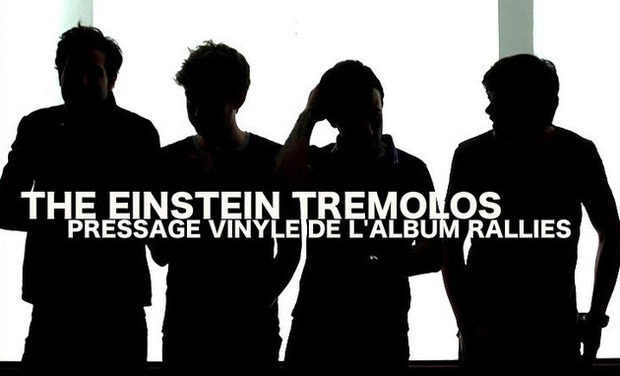 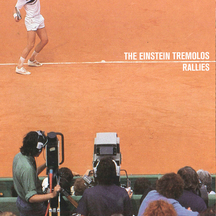 The Einstein Tremolos story starts off with the meeting of a young guy and his fuzz pedals from Eastern France and convicted punk jazz terrorists. This triggers a psychedelic run with multiple influences such as indie, krautrock and post punk, guided by the need to write music together for studio and live purposes.

The band has released two self-produced EPs and has played numerous gigs throughout France for the past few years. In 2013, we focused on the preparation of our debut album “Rallies” mixing shorts songs with long instrumental pieces that may suggest court rallies in a pretty old 1980s TV set.

The first two EPs got extensive reviews from specialised media and webzines. One track was even used for a TV commercial (Agatha brand). At the end of 2013, the band was selected with 49 other artists out of 5000 pre selected bands to audition for a France Inter radio show, performing 2 album tracks: Pacadis A Dit and Ivan Lendl.

The record is self-produced. Mixing and mastering are now finalised. While we all took part in these processes, we also got help from Vincent Fraboulet (Da Brasilians, Melodium, Third Side...) and Florent Bobet who is currently working with Steve Albini at Electrical Audio, in Chicago.

The album artworks, as well as the video teaser, are the work of Guillaume Cottet.

Simon was studying at Ircam (Institute of Musical/Acoustic Research and Coordination) when he met the punk jazz band Pelayo run by Xavier, Christian and Pierre.

Christian is the Irish member. He played a few years with Morviscous (Trestle Records) in London before moving to Paris where he started the Pelayo project.

Xavier is a multi-instrumentalist influenced by psychedelic rock and improvised music. He also plays in De La Jolie Musique and Myra Lee.

Funding will help finance a vinyl pressing of 150 copies.

We will then organise an independent record release approved by all band members. The record and digital releases are forecasted for May-June 2014.

The Kissbankers will be able to buy a pre-release copy as soon as they are out of the factory, sometime mid-April.

Once the record is released, we will play live shows in Paris and the rest of France to promote it to as many ears as possible.

Profits will be reinvested in the pressing of extra copies and promotion.

Thank you so much for all your help.

Jewish Mum Pack: my son is playing in the Einstein Tremolos and I'm so proud that I'm spending 50 euros for a vinyl.

Safari Pack : standar pack + one full week of hanging out with Pitou.

Music On Demand Pack : standard pack + from an idea, lyrics, specific musical references, etc. , the band composes a song just for you.

Noah Pack : standard pack + we record a reggae version of the full album, for you only.