The Legend Of Zelda: Past And Present 2

A 3D animated series with a lot a of emotion, action, secrets and an uniquely story ! 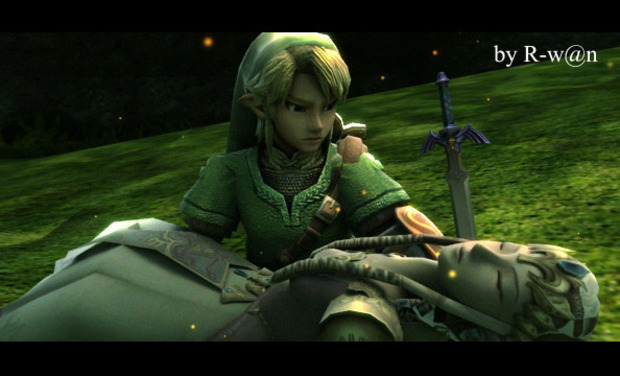 The Legend Of Zelda: Past And Present 2

In the first episode we learned that the people of Hyrule were disapearing ones after the others because Ganondorf was killing them in the past. Considering this fact they disapear in the present that's why theTwilight Link should go back in the Past in order to defeat Ganondorf. But when he is arriving in the Past he meets the OOT Link who is the actual hero of that time. And together they must be courageous to save Hyrule.

Zelda Past and Present in a uniquely project that I started in 2010.

During six months I worked alone in order to see if I was able to bring this project to an end. In march 2011 the first episode (9min long) was coming out !

After his success I decided to continue the series and make a second episode (20min long). The second episode started one year ago and was near to be finished but...someone has recently hacked my computer and erased  a lot of data and with it important scenes and softwares. I lost something like six months of hardwork...

I really love Zelda and 3d animation, and for the love of Nayru I don't want to let this die. That's why i'll continue making 3d animations of Zelda for all the fans !

I recently did a video to explain this and I added some beta footage I saved:

Now if we can reach the goal, I should be able to restart, finish this project and make others episodes. I promess that i'll make something you have never saw in the zelda universe before.

It is a project I all hold dear to my heart and I would like thank everyone supporting me !!

THE OTHER WAY YOU CAN HELP ME:

I know that some of cannot help with a donation but you can for example share this page with your friends or on some zelda's forums or even on your social networks:)

The goal here is to help me get new powerfull softwares and equipment since it is costly in order to continue making 3d animation and achieve the best visual I can get.

With this software I can do the animation of the characters, the lights, the environements and the rendering.