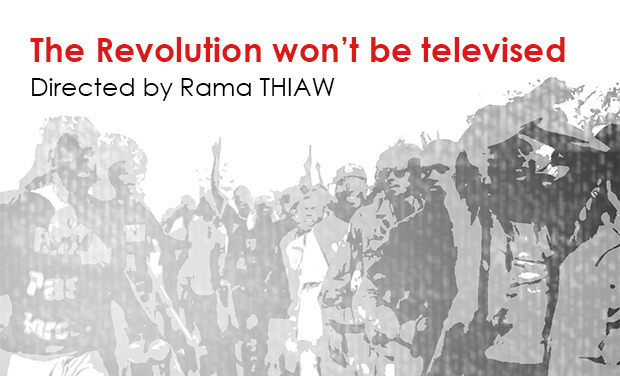 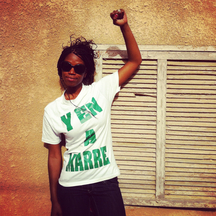 From the peaceful revolution, carried out with passion against President Wade to the creation of the movement ‘Y’EN A MARRE’ and the uncertain quest of the musical scene through the development of their next hip hop album Encyclopedia.

Our objective is to create a documentary  about the Keur GUI, a fully engaged senegalese hip-hop group, and to highlight their work in the field in order to improve the Senagalese way of living. This movie also is the manifesto of Senagalese urban Youth, creatively explosive, cosmopolite and fully engaged to build up a positive globalisation.

The first partners already joined us in this adventure  : thanks to them we have been able to shoot first part of the movie, but the second five weeks shooting, including recording of a Keur GUI's concert, is still under financing. This second part of the shooting will allow us to follow the Keur GUI in their musical activities as well as in their militant acts by the "Y'EN A MARRE" collective.

Today, we count on your will to support a meaningfull project, to raise 15 000 € and finalize this 90 min documentary film.

Support us in this adventure and join our campaign on KissKiss !

WHY MUST I MAKE THIS MOVIE ?

Making a movie is a collective adventure between the technical crew, the people and the public. When we have started this film with the Keur Gui, we had a common aim : being in harmony with the positive convictions of the film and how to create it and to produce it.

Thiat and Kilifeu have created their hip-hop band in Kaolack, a provincial town in Senegal, 15 years ago now.  Since that, they've never stop to increase, using self production and keeping that way their independence from the musical scene. They’ve cofounded the collective « Y’en A Marre » with a journalist, Fadel Barro, another hip hop singer, Simon and Denise Sow, the only woman, in charge of the communication.

This militant group, dedicated to the Senegalese civil society, had created huge manifestations and strikes against the former president Wade, who had made a constitutional coup d’état. Thanks to them, after a long struggle, he finally leaves the power.

In parallel to this, they are active on the ground by sensitizing and educating the youth and the illiterate populations. They do some concrete Citizen actions, for example by rehabilitating schools and hospitals that were destroyed by torrential rains of the last rains season. This militant group only exists for and by the citizens, and it is merely an extension of their ideas conveyed past 15 years through the songs of the Keur Gui Band.

This coherence between their creation, ideas and way of life, strongly attached me to them. I've never met artists so upright, they are so upstanding that filming them was a necessity, just to tell me that I was not dreaming.

WHO ARE WE AND HOW WILL WE DO THIS FILM ?

I tried to keep this ideological and artistical coherence since I decided to do this film. I therefore get other engaged technicians, glad to share a new vision of Senegal, far from touristic clichés.

From shooting to production, we are a young a cosmopolite team (with Senegaleses, Frenchs and a Quebecker), we all have love for cinema, music and discovery of others.

We think that documentary film has to be strong in its aim but also visually attractive. We all work with same esthetical expectations than if we would have done a fiction movie and this also have a cost ! Then are we getting out of the classical budget pattern of documentary (two operators, two sound recorders, one organization manager, a director assistant and a director).

In a country like Senegal, we have a lack of cinema schools and few training structures, so try we to provide a concrete and positive effect. Therefore, for each shooting, we train two senegalese technician who will work on the movie. So they will have a first concrete experience that will allow them to pursue university courses or to work as technician.

Much more, as Cinema is a collective experience done by and for public, we think that your present support belongs to this philosophie.

On our web site :

- Organisation and recording of a non profit concert of the Keur Gui.

dedicated in education and health.