We recorded last March. We need a boost to help cover the costs of manufacturing the CD before we head to the States for a concert tour. 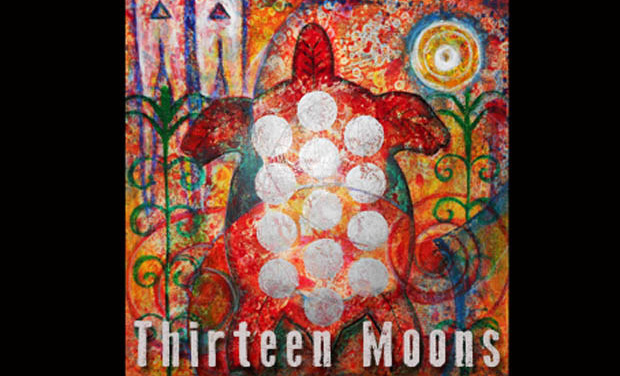 GrayHawk Perkins is a Native American who belongs to the Muskogee Nation, (Choctaw and Houma tribes .) Vocalist, percussionist and storyteller, he was born in New Orleans, where he lives and performs with his group The Grayhawk Band

Mezcal Jazz Unit is a band based in Montpellier, France. The group is defined by its longevity ( 27 years !) and its international collaborations with musicians worldwide (www.mezcaljazzunit.com)

The members of the band are:

At the heart of this collaboration is a unique collection of chants in the Mobilian trade language.

The compositions by GrayHawk Perkins, based on traditional songs refer to the thirteen moons of the Native American calendar. Emmanuel de Gouvello, bass player and composer added his own musical universe to the compositions which he arranged using harmonies and rhythms from the world of jazz.

To choose to put these songs at the center of the collaboration between musicians of different cultures and musical backgrounds in a language historically used to break down barriers and foster understanding is a deliberate move to restore and honor the language and the people that used it.

The Mobilian trade language was used as a lingua franca among Native American groups living along the Gulf of Mexico around the time of the European settlement of the region. Mobilian facilitated trade between tribes speaking different languages as well as with European settlers.

This project began in June 2012 with a residency in New Orleans and a first series of concerts in Louisiana, and was followed by a tour in France in February 2013, including some recording sessions.

These recording sessions were held at the Studio Conti (Pézenas, France) with the indispensable Michel Denis, and to top that off, two surprise guest appearances  (Lionel Martinez on percussions and Emmanuel Beer on the Hammond organ).

It is this recording, now mixed that we want to manufacture.

It will be an invaluable communication tool for our next concert tour in February 2014: a dozen concerts in Louisiana and New York. (USA)

At school, telling indian stories and singing songs together

With Michel Denis, the Soundman. Recording sessions at Studio Conti

On the TV ( FR3 Montpellier Network )

The CD « Thirteen Moons »  will be released on our house label “Emoi/Mezcal Production” and will be distributed online by Musea ( France) and CD Baby (USA), pending distribution.

We need to come up with the inevitable costs linked to the manufacture of the CD.

If you want to help us, this is where you come in!!!

If we happen to exceed our requested amount, anything over that will be used to finance a extra pressing in the USA (this is more accessible and easier to distribute for GrayHawk).

So, don’t hesitate to continue to support us if the initial amount has been attained.

You like the project and you want to support it, even if you aren’t really interested in having the CD, or that you are a bit broke. You will still receive 3 songs in MP3 format from the project with our sincere thanks!!

You don’t really have the space for another CD on the shelf and you love the sound of the MP3, and plus you want to support the project, which is really good of you. You will receive the 13 titles of the album in your inbox.

The MP3 is ok for five minutes, but nothing beats the sound of a good CD, a beautiful jacket, and the information booklet. You will receive the CD in your mailbox.

You want the CD and more. You will also get the poster (limited edition) with the beautiful painting by Kayeri Atweks, Native American artist.

You only want extra CDs? Here you get 2. If you want more, just calculate the amout you give (15€ x nb of CDs wanted), then ask for the closest reward (or ask for "no reward") and leave a message with your wishes.

For 40 € and above You will receive the CD and poster and in addition the DVD of the “13 Moons” concert at "La Passerelle" in Jacou, France.

You will receive the CD, Poster, DVD and your name or pseudonym in the acknowledgements in the CD booklet.

You will receive 2 CDs, the poster, the DVD, your name in the booklet plus 2 more CDs of your choice among the following Mezcal Jazz Unit albums : Ici et Ailleurs , Shantu, Mot Hai Ba Bon, Best of #1. (another possibility: extra copies of "13 Moons" or of the DVD)

You will receive 2 CDs, the poster, the DVD, your name in the booklet plus 4 CDs mentioned above, ( another possibility: extra copies of "13 Moons" or of the DVD), PLUS an official Mezcal Jazz Unit collectors poster ( 2003)

You get it all!! You will receive 2 CDs, the poster, the DVD, your name in the booklet, the collector’s poster ( 2003) plus the entire Mezcal Jazz Unit collection of 9 CDs ( four of them are out of print) ( another possibility: extra copies of "13 Moons" or of the DVD)

“Ok let’s be crazy!” All of the above, plus a private concert of Mezcal Jazz Unit quartet, in France or in the USA Louisiana or NYC in February 2014 (or Vietnam November 2013 !). Check the dates with us. Transportation and lodging costs might apply.