Jazz mixed with hip/hop, rock, classical music...The Album "Mixtape of Impromptu" was recorded in New York in March 2012, and is the result of many years of work. With your help, this album will be out in July/August 2012. 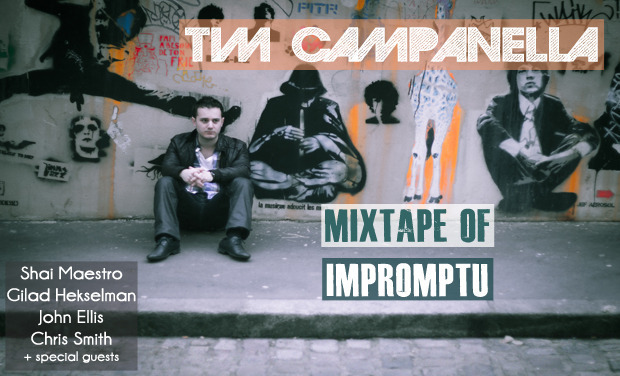 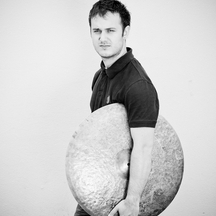 After some years of working, thinking, and waiting, I decided this year to record my first album as a leader.

I wanted to answer to the question « Who am I ? » by trying to write compositions that would fit me and represent my past.

I didn’t want to neglect the musical influences that I had since my childhood, and that’s why you’ll hear a music where Jazz is mixed with hip/hop, rock or even classical music.

To record that album I had the chance to have some amazing musicians that I also appreciate a lot on a human level :

I had also with me some special guests, that I really appreciate on the same level :

Meak (rap) and Athena Campanella (vocals) – who happens to be my sister !

The album was recorded on the 23rd of March 2012 at « System Two Studios » in New York, and was mixed and mastered by Philippe Gaillot at « Studio Recall », in the south of France (Pompignan).

The voices were recorded at « Zac Sound » by Zacharie Ouachekradi in Chartres (near Paris, France).

At this point, to put the album out, I need a little help from you guys (see details below).

You can hear extracts of the album on this page or on my website :

Video filmed and made by: Naomi Rahamefy

The overall cost is close to 7000 euros and most of it was already paid but there is still a need of 1500 euros to put the album out.

The collected funds will allow to pay :

A big thanks from me and your name on my website

A digital version of the album to download + Previous rewards

A physical copy of the album, shipping cost included for France, add 5 euros if you live outside of France + Previous rewards

1 ticket for a concert + Previous rewards

2 tickets for a concert + Previous rewards

One drum lesson (around Paris or Alpes-Maritimes, France) + Previous rewards

A special concert in your home + Previous rewards