This fantasy comedy follows Solene, a young gymnaste training for the championship. Her period, whose name is Alex, comes to disturb her, annoy her and distracts her. However, the real nightmare is that in the month that follows, Alex does not come back. COME FINANCING THIS SHORT FILM AND HELP OUT THE YOUNG FILMMAKERS AND GYMNASTES ! 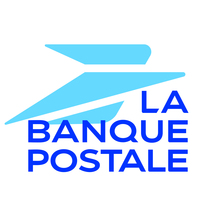 Your name on the credit list + our sincere gratitude to you

Your name on the credit list + poster of the film

All the above + a DVD of the making of