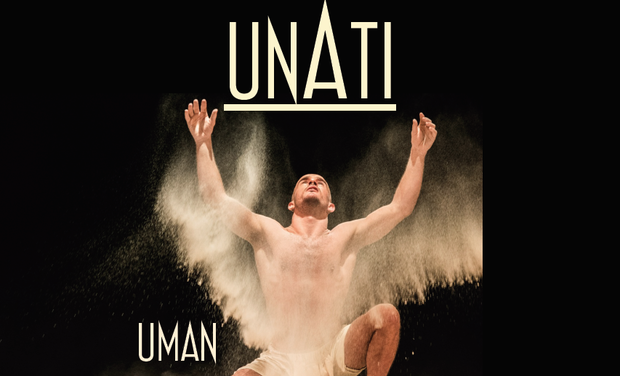 Dears humans, the show " Uman " is a project in creation that started more than 3 years ago now. The hatching is coming soon ^ Its Premiere will take place Friday December 8th 2017 in Marseille - France .

☀︎ From the embryo to the birth, parcours of a life's beginning ...

On stage since a very young age thanks to a mother dancer, the beginning of circus arts intervenes at the age of 7 years old. Three years later, decided, i wish to be a trapeze artist. Some years of training in circus schools until my graduation of the National Circus School of Montreal in 2009 as circus artist - specialist in swinging trapeze.

A few years of carrer around the world pass through different projects ... But something is incomplete, the sense of all this ... I greatly feel within me that my connection to arts is taking an accelerated mutation towards the direction that i always knew at the deepest. An importance and urgence to express something greater.

2013, back jn Europe, i start to write what i feel, a kind of pain toward the actual world. It becomes clear that my presence on stage must be a vector to a message to be passed on. To communicate with an artistic act and bring what i can to help this world in distress. Thus emerge a creation talking about the chaos and how to overcome it.

A time of integration then, in 2014, i write the show known today under the name of "Uman". A journey from darkness to light getting drawn in two parts. An "ending" of the world, an "ending" of the self that does not function anymore to access a new step, released from any burden leaving space for a new being in harmony with himself, ➢ others and his environment,  our dear Earth.

The company is created. It will be named UNATI, from the sacred sanskrit language: unnati = elevation.

Then, in 2015, the creation of the piece starts, a small team gets together, all managed in auto-production, without any financial help from outside, and a first step of research is reached after few weeks of creation  in different spaces of residencies and shows in France.

A time of reflexion prevails, a need to step back, changes, integrate and think ... At the same time, i meet Josiane Froment in a sound bath in Avignon. Her voice gets through me and touches something very deep inside. Like a call i have been waiting for a while. I starts to discover her work with individual sessions of unity consciousness and vibrational and dive into my depths ... At the same time, the first creation  of UNATI takes shape again, this time in the idea to go reach the hatching. It becomes evident to propose to Josiane to join the project to lay down her vibrational sound with her voice, her cristal bols and her shaman drums in alliance with the electronic soundtrack that i compose. She says Yes ! the show proposed goes towards the same direction than what she proposes to the world, liberate the human.

" UMAN " pursues its construction in 2017, with a team that evolves, changes and anchors in love. The project continues again in auto-production and a co-production from Cirk'Eole in Montigny-lès-Metz. Few residencies of creation pass and we receive a special award from the jury and the public in a contest for young companies at the Festival Sul Filo Del Circo next to Turin in Italy. The feedbacks are warm and revealing that something is touched in the depths of people. A show for the Humanity is deploying and affirms, with gratitude, the place of this project in the world.

Today, we are at less than one month to the Premiere of this show ! And we still have some equipment to purchase to finalize the conception, meaning before December 8th 2017. That is why, that we are coming to you, dear audience.

Friday December 8th 2017 marks the date of the Premiere of UMAN. A tour is in development, you will be able to follow us via Facebook, www.facebook.com/unaticie

The first creation of UNATI invites us to a journey from darkness to light, suffer to its liberation, collapse to hatch, purification to jubilation …

An epic talking about the human being; current, single, singular and collective in search of his way in the meanders of the unconscious. A confrontation, a liberation and a metamorphosis become necessary in order to access the birth into the light; a new self, free from any attachments guiding him towards its freedom.

A new way gets drawn and opens to a transcended primordial departure towards unity.

A communion between earth and sky emerges from the depths and welcome a  swirling life dance gushing of love from a free and luminous heart.

Interlacing the aerial acrobatic movement and the dance of Anthony Weiss, the vibrational sound of Josiane Froment and the futuristic light creation of Yann Champelovier, Uman, elevated by a pur and divine love, dives you into the abysses of life for a quest for peace within the light of the being.

☀︎ And the partners of the project:

The collected funds will be received on the account of the association and we will then be able to order the following necessary:

☀︎ The purchase of a Beige dance mat for the show - 1283 euros - To link with the sand of " Uman" and keep a luminous impact of our earth. This mat will be like the foundations of the show, it can come from you !

☀︎ Light equipment - 80 euros - For the radiance of a sacred geometry figure.