Join us for Olivier Guillon’s come back in France team. Take part in the funding of his horse. 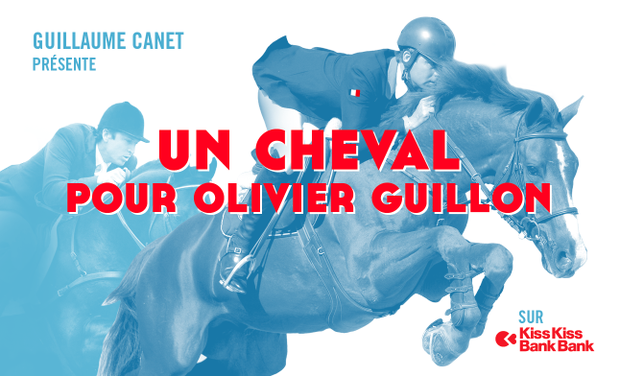 Olivier has often gloriously represented us in international championships for France, but today he has no longer access to this level and needs your help.

If as me you like jumping and sporting achievements , you will find in this operation the perfect way to take part at the highest level of the French riding .

The idea of this campaign is to propose a way to get all the scenes of riding high-level and participate in wins of a duo that will not emerge without you. Share the victories of Olivier Guillon and his horse !

The Legend of Jappeloup reminds us the place taken by the talents of French riding on the international scene, and we need to write the rest of the story .

My involvement in this campaign allows me to thank you for all rewards offered and for those who want to keep memories of their generosity.

I am aware that this call to your generosity is not just about money , but about sharing a unique experience , so we decided that half of the gains generated by the duo during competition will be donated to the Equiphoria association. The other half will only be for the costs generated by the horse.

With more than 650 000 members riding in France , we can easily exceed the threshold of EUR 300 000, in order to offer you more impressive equestrian performances. Impossible is not French !

Hard to believe and yet ... Olivier Guillon, whose ranking has never stopped expanding, can no longer ride to the top level. His horse "Lord Theize" with which Olivier made ​​us dream many times and particularly the last Olympic Games in London, is today 15 years and can not run tests to such a level.

Based on this observation and knowing the potential of this very high level sportman, there is no doubt about the fact that things must change.

What I propose in this operation is to be part of an equestrian adventure where the horse you will finance will be the hero.

The solution? Appeal to you!

If we plebiscite you it is not just about money but to offer you an experience, through values ​​riding.

Following the principles of crowdfunding, where the community finance projects it wishes to grow, this campaign gives you the opportunity to go look after the horse needed by Olivier Guillon.

By participating in the adventure, you decide to bring to Olivier Guillon what he does not have to help him to go in the footsteps of all the French Olympic riders.

Teamwork in equitation never took much sense with this campaign.

Whether you are a sports enthusiast riding, or whatever your reason, you are not alone in supporting this campaign!

The history of this campaign has already reacted to many national and international riders who support the movement!

Why did I launched this campaign?

Many celebrities support Olivier and want to see him back at the highest level.

Some of you know my passion since my youngest age for riding and jumping. In 2012, after playing the role of Pierre Durand in Jappeloup I returned to competition, which allowed me to be alerted by Olivier Guillon situation, I have known for many years. I had lost sight of the friend with whom I rode junior.

Olivier has impressed all of us at a young age by his talent. It has always been for me and my Horsemen friends of the time, a very talented rider and a winner.

In addition to being gifted, sympathy, serenity and Olivier's passion have always made ​​him a person very well appreciated by the equestrian community.

Chaining international victories , including many nations cups, Olivier can no longer ride in the France team. It would take him too high for such a sporting level means.

There is a scene in the movie " Jappeloup " in which Pierre Durand lives a complicated period , private of the highest level. Unfortunately, many riders have this kind of steps. It's part of the beauty of this sport, which is still a duo , where everything depends on the horse.

With playing this scene , I realized that this frustration and helplessness must be very difficult to live . This is whyI had this dream . Use my reputation and my passion to help a rider that I admire so much.

So I decided to get involved by launching a crowdfunding campaign , confident that we can change things, to reproduce the history of Jappeloup and Pierre Durand .

The passion and talent of Olivier are no longer sufficient , help us to find the horse he needs!

To follow Olivier and me in the campaign, a documentary will be filmed and aired as weekly episodes posted directly on this page and on the Equidia youtube account, which helps us graciously to know this operation!

You can follow us throughout the time of the campaign, but also in the following steps. Indeed, if the campaign reaches, tests horses (with professionals in charge of finding the horse, as Thierry Rozier), the selection and purchase of the horse will happen. The documentary will be the perfect opportunity to look behind the scenes of a sport that interests you and to share this wonderful adventure. The idea is that the documentary ends with images when the horse arrives at Olivier Guillon’s place and discovers his new home.

So why do we ask you now?

Olivier Guillon has an impressive track record, including gold medal by team at the Mediterranean Games of Pescara in Italy in 2009, winner in 2012 of the Global Champions Tour Wiesbaden Grand Prix and last year winner of the Nations Cup CSIO -4 Lummen.

But this prize list will not expand without your help, and ambitions are great!

Above all, Olivier has to go back in the France team.

Our Ambition is to buy a fairly young horse, about 7 years old, with a very high potential. Olivier has many qualities as a rider with great talent for training horses.

This is why we believe that a good horse about 7 or 8 years will become a great opportunity for Olivier to find the highest level in a very short time.

You'll understand our ambition does not stop there. The real objective is clear: to be selected again for France. And why not even dream about a medal one day.

By supporting this project, you'll gain the satisfaction of seeing a horse that you have funded, but not only.

You will be able to offer you a true equestrian experience, memories of this adventure, or even your place to Olivier sides and his future horse!

The earnings genereated by the horse for an association.

The purchase of this horse will have another impact equally important.

For each competition or each event, we will redistribute half earnings to the Equiphoria association. The other half earnings will fund the costs generated by the horse.

Why Equiphoria? We share the idea that transcendence in riding, competing or during even this season with Olivier, may help overcome the handicap.

The horse can overcome anything, including disability.

Imagine the impact that your donation has, not only for the purchase of the horse and for sports performance, but also for the possibility of earnings donated to the association.

No worries for the rest, the horse will never be sold! This is a horse we have jointly funded and the only goal is that he stays with Olivier.

The campain will support the funding of a horse at the height of talent Olivier Guillon .

The goal is to find a horse about 7 or 8 years old, and to train him during a season. Thus , Olivier can enjoy a high level horse which, today, is totally expected the in the budget campaign.

Be aware that a Competition horse costs a lot of money and we of course dream to collect such a sum , but to be more reasonable and consistent we decided to focus on a cheaper younger horse , which will be chosen extremely thorough and professional manner.

The purchase of the horse will be done with specialists like Thierry Rozier , following criteria selection such as:

And of course points of view and feelings of these professionals and Olivier’s as the future rider.

If, however, your generosity was to exceed the threshold of  300,000 Euros, we have other possibilities.

This project is the way to be together around a common goal: Olivier return to the highest level. Take part to this adventure because together we can create the legend! 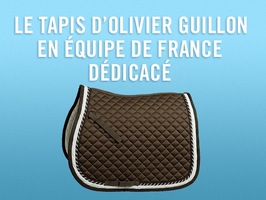