Movie lovers, this is the project of the year !! come discover the universe of Un Peu de Bois et D'Acier and help us make it real !! 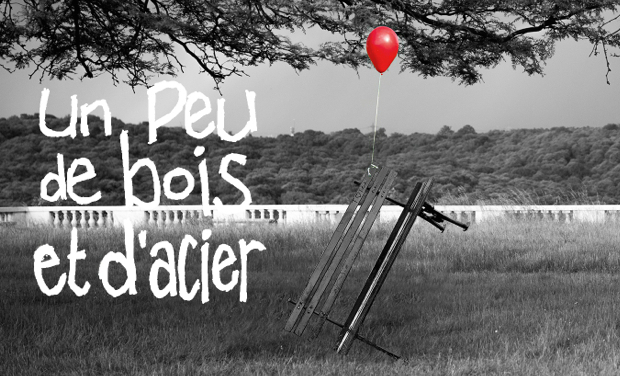 Adapted from Christophe Chabouté's graphic novel, Un Peu de Bois et D'acier showcases over 30 characters who's lives meet around a public bench. Touching and moving, it highlights the simplicity and the complexity of human relations with a dash of humor and poesy.

The bench becomes the link between crossed destinies and reaffirms the importance of all these brief moments life is made of.

A Bit of Wood and Steel is a silent dramatic comedy in black and white.

It is a symphony of universal stories that intersect and mingle in order to rediscover the emotions buried in us.

It is the expression of the universal and timeless nature of human emotions. A Bit of Wood and Steel needs no words, it is an invitation to sit and contemplate...

Antonin Le Guay took his directing classes in the United States before returning to France and devoting himself to writing. Seeking his human and artistic identity by confronting the world and Africa in particular, he enriches his writing with strong photographic fieldwork and claims a very graphic and sleek contrast style, which is reminiscent of drawings by Chabouté.

In 2010 he wrote and directed Sandgate a very personal short film on the theme of borders that he shot in the Tunisian desert and which gave its name to the production company. In 2013, he shoots Adieu (Farewell) and A Bit of Wood and Steel"announcing his return to short film with another adaptation from Chabouté's graphic novel for film, Tout Seul (All Alone).

A Bit of Wood and Steel was shot last June in Paris. It is a 45 minutes black and white silent film. It is already edited.

We spent 13,000 euros to bring this medium length film to its final version.

But short of funding, we have not yet been able to provide this beautiful silent film with its musical voice.

We are looking to gather an additional 3,800 euros to be able to compose a language unique to this bench : music.

Eric le guen, a french composer specialised in improvisation and restoring silent film soundtracks, will create our musical dialog for this film.

for this he will need a sound studio, a quality piano, a cello and a talented sound engeneeer. This is where you, Kissbankers come into play..... help us open the doors to the studios with you dontations!!!!

Thank you all and let's bring this movie to life !!

A special thanks and an authographed photo of the film

Corporate offer : Become an official sponsor of the movie ! Your Logo and name in the crdit and on the official webpage of the movie + all of the above