Let's fund a project that aims to improve the quality of life of disabled children from an early age! 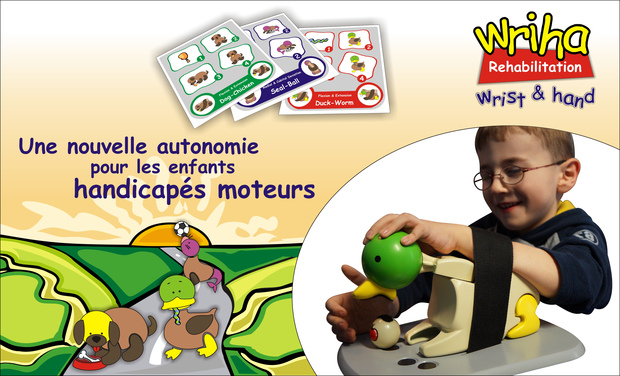 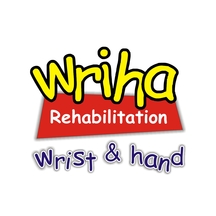 There are encounters that can suddenly change the vision of life.

"Sarah is 5 years old. She suffers from a genetic disease. She does not speak well, she can't stay up right, she has just started to catch the objects but with great difficulty. She can’t manage without being assisted. Every day after school, she is welcomed in a specialized center where she participates in physical therapy sessions and psychological support.” Her mother tells us.

Here is the daily life of a young deeply disabled child, her care occupies her daily life. This child is not like the others, but ultimately she is still a child.

The problems associated with motor disabilities are a major public health concern since the establishment of rehabilitation activities are so complex and specific that there are no real solutions on the market.

The project began in 2007. Mauricio Ortiz, a young Colombian designer and engineer, leads a research project in the field of biomechanics in cerebral palsy, supported by the Roosevelt Institute and the University of Los Andes in Bogotá. In 2008, he came to the INSA Toulouse as part of an academic exchange and pursued his research project to allow young children with motor disabilities to better succeed when undertaking rehabilitation activities.

Through his research, he observed that the most common problems were focused on upper limb rehabilitation (gripping abilities). Acknowledging the importance of the upper limb movements in daily life activities, Mauricio considered them fundamental for children early childhood development.

This ambition became reality with the development of a patented medical device, focused on wrist rehabilitation, dedicated to young children with motor disability from cerebral origin.

Based on biomechanical and social sciences studies, by using animal figures and colors, the wrist device became an original solution for the first time that turned a tedious therapeutic procedure into a fun activity.

If tests have been conducted in medical environment and mobilized the support of the communities concerned, attesting to the soundness of the product and its ability to generate positive effects on the rehabilitation program, the idea was materialized in the first time with a precarious feature presentation model.

A new optimized version was developed in 2014 to highlight the therapeutic value of the concept and to address progressively marketing. Extensions of industrial property rights were conducted in the USA, China and the 28 countries of the European Union.

Compared to the accompanying, consulting and travel fees associated with conventional therapies, the product is intended to be accessible to the greatest number of patients because of its price and its "almost intuitive" use.

This original approach has already attracted significant interest from the scientific community and worldwide media.

And now, what's the new mission?

Building on the success of this experience, but also aware of the interest and novelty of the concept, we decided to continue the future development of the project with the creation of a program of activities for 4 months, with the objective to act on improving the autonomy of young children with motor disabilities from a very young age :

a) By enabling the home exercises to encourage a therapeutic dynamic with parents.

b) By motivating children to use this product regularly to teach them to practice the wrist movements necessary in daily life.

c) By showing that there are practical and affordable solutions to situations of helplessness and denial of the child over traditional rehabilitation.

This programming will be carried out in partnership with the Toulouse Children's Hospital between August and December 2015.

Last year, a cooperation agreement was signed with a specialized center based in Frankfurt, Germany, to make the wrist device available to 150 disabled children and their families.

The feedback was amazing and the children experienced improvements from the first use. Several specialized centers were equipped and some letters of intent were signed.

Your donation will be used to finance three expenditure items

Product testing by a target population of disabled children and their parents in the Toulouse Children's Hospital. This will touch the most relevant way possible the sensitivity of the young disabled, enable him to be himself the actor of his own development and to better communicate with the outside world.

Thanks to your donations, we can finance fees of the medical and paramedical personnel and the clinical research technician!

Product presentations to schools for disabled children and associations of disabled people. This is an opportunity to change the approach, not only with regard to the rehabilitation equipment, but also traditional therapies, often very cumbersome and complex.

Thanks to your donations, we can fund the creation of educational workshops for discovery and introduction of the product in its use!

Raising public awareness and the scientific community to the challenges of integration and autonomy of disabled children. Develop active citizenship based on concrete actions to promote access to innovative medical technologies.

Thanks to your donations, we can finance the participation in fairs and other handicap awareness events in France!

Finding funding for a project in the field of disability is a difficult task. The idea of this campaign is to enable you to be an actor and concretely participate in an action dedicated to improving the autonomy of disabled children. Therefore, we appeal to your solidarity and your generosity to continue our work.

They help us and already trust in us

Since our humble beginnings, we have established a dense network of decision-makers, institutions, European organizations and youth. Added to this are several awards in France and abroad that show the potential of our project.

And if the goal is exceeded?

Exceeding the target of €9,000 would allow us to expand the WRIHA concept to other cities. We expect you to share our campaign, join our community and follow us via our Facebook Page.

Thank you very much in advance for your contribution, your support and interest in the project!

You will receive a beautiful brochure of the wrist rehabilitation device + a thank you on our Facebook page!

Mention of your participation "I supported this action" with patients + a beautiful brochure of the wrist rehabilitation device + a thank you on our Facebook page!

You will receive our illustrated report book + mention of your participation "I supported this action" with patients + a beautiful brochure of the wrist rehabilitation device + a thank you on our Facebook page!

Your support gives us wings! In addition to all the previous rewards, we offer a one-year subscription to the magazine Socialter, 6 numbers. Socialter is a new digital and paper magazine 100% dedicated to innovations of positive social and environmental impact! __________________________

And if we meet? In addition to all the previous rewards, you will receive an invitation to a private event held in Toulouse on the occasion of the end of our action!

Your contribution will be without a doubt a big difference to our campaign! In addition to all the previous rewards, you will appear as a partner in all our communication media!

At this level, your love and support for our campaign are well established! In addition to all the previous rewards, you will receive the complete kit WRIHA: A suitcase with customized foam cushioning (dimensions 53x40x17 cm) including all the components of the wrist rehabilitation device and 18 work sheets (shipping not included).