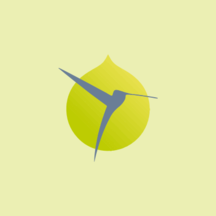 <p> <strong>United souls </strong>is a 100% organic casual and streetwear T-shirt brand with the wish to spread a unifying message about the duty of remembering African intellectuals who have been committed to defending civil rights in africa and the rest of the world.</p> <p>  </p> <p>  <img alt="Cheikh-anta-diop-1470076079" src="https://d3v4jsc54141g1.cloudfront.net/uploads/project_image/image/340943/cheikh-anta-diop-1470076079.png"></p> <p>  </p> <p> <strong>United souls</strong> takes up the challenge of highlighting political art in all its diversity and richness by working in collaboration with talented artists who have a message to share. Political Art as we define it doesn’t necessarily mean belonging to a political organization. It’s the reflection of a thoughtful vision of society, its actors, and of their involvement as world citizens. nowadays, a struggle, a fight, or an ideal can be symbolized just as much by a face than a sentence. The political art of United souls aims towards contributing to a more humanistic and supportive society in our troubled times.</p> <p>    </p> <p>  </p> <p> <img alt="Laulo-1470076328" src="https://d3v4jsc54141g1.cloudfront.net/uploads/project_image/image/340945/Laulo-1470076328.png"></p> <p>  </p> <p> <strong>United souls</strong> is also a tribute to music and its key role in the struggles for the emancipation of oppressed peoples. Blues, jazz, soul, afrobeat, cumbia, hip-hop and what’s known as "global groove", have indisputably entered contemporary culture and can be counted as a contribution to world cultural heritage. From a more pragmatic angle, this new brand sends a strong message to music lovers and fans of these genres: supporting United Souls means being involved and investing in an artistic cultural initiative that shares the spirit of this culture and its roots.</p> <p>  </p> <p> <img alt="Nina-simone-1470259740" src="https://d3v4jsc54141g1.cloudfront.net/uploads/project_image/image/341359/Nina-simone-1470259740.jpg"></p> <p> Few words about United Souls and myself: Urbain styled young boy, native from Ivory Coast, invested in different comunity organizations since several years,  I had the envy to create a project whitch bring an unifiying message using a strong and powerful support : the t-shirt</p> <p>  </p> <p> More than just selling tshirt, United souls wants to be committed and humanist, his way of think is : bring people to wear proudly a t-shirt that reminds and supports the struggle for the emancipation of people. using image as a source of resistance, open a reflexion about the role of intellectuals leaders, the politics or the music messages that have create our common history</p> <p>  </p> <p> <img alt="Lumumba-1470076602" src="https://d3v4jsc54141g1.cloudfront.net/uploads/project_image/image/340947/Lumumba-1470076602.png"></p> <p>  </p> <p> the compensations will be delivered in october</p>