In pre-order the photo book on Sufism, Wird by Bruno Hadjih 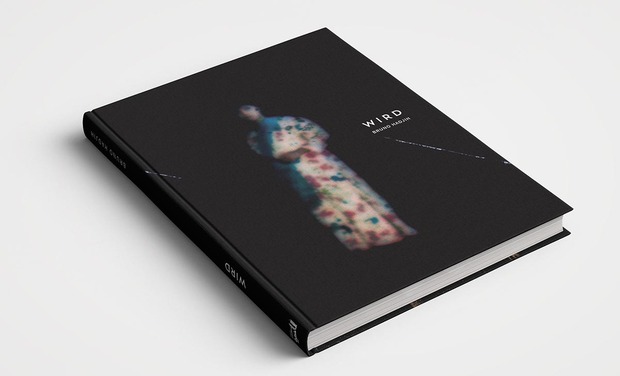 In Sufism, the Wird is the practice by which one mystical way is differentiated from another. The Wird makes it possible to pass on the secret which will attach the master to his pupil. The Wird is a set of incantations, prayers, and breaths that leads to the «hal», to the absolute. The Hal is the extinction of self in the other.

The Sufi experience transcends the cleavages that society puts in place, an experience in which identity problems cancel each other out. Where the practice of Sufism is permitted, society is rarely attentive to fundamentalism. This experiment is also what constitutes us, it is the part that connects us to the universe as well as to our nucleic part.

What separates men is cancelled out when they find themselves experiencing a state of grace and breath, whether in Montreuil, southern Algeria or anywhere else in the world. It is no longer a question of the individual but of presence.

The landscape and nature are an integral part of this beauty, as they are places of anchor and revelation. If in the past I have traveled far to photograph these Sufis, my meeting with brotherhoods of the Sahel in Montreuil or Ile de France, has transformed my approach to the subject. It is in these ordinary, intimate and closed, almost underground places that I found my photographic writing. It was in Montreuil that the pattern of representation began to take shape. In these impersonal and insignificant places, I understood that it is not necessary to go far to meet what is close. For 20 years, I continued to frequent them and to anchor  their presence.

The project started with a meeting with a family who had given me shelter during a car breakdown in the Hauts-Plateaux in Algeria. It was a decisive meeting. During our conversations, I was struck by their availability, and the warmth that emanated from them. They were neither inquisitive about my religious practice, nor outraged to learn my atheism. They told me they were Sufi at the end of my stay.It’s at the end of my stay that they taught me that they are Sufi.

Then followed a is a succession of meetings, in France, or during my travels.

If at the beginning I had a documentary approach to the subject, I quickly realized the limits of this approach. Thinking about its representation took me a long time. To summarize it, Sufism is the representation of the ego in a vertical, ascending position, and the end result is the extinction of this ego in the other. The other in this case is «God».

We are dealing with metaphysics. Putting Man in this ether that envelops us.

Then followed a period of doubt, and I decided to take a «break» from this work to devote myself to something else.

This «break» that Sufis call «a station» is the one that allows a questioning and an introspection of the work.

I have changed the format of my material. Analog movies never left me. The 24X36 is replaced by the 6X7, the 6X6, and for some time by the 4X5 inch. The format is an integral part of the maturation process. Photography becomes first of all a mental construction. The camera is only the tool that allows me to achieve what I perceive as a finality. To walk in slowness as one would walk in the mind. The quickness of execution (bubbling) of the early times is replaced by the resonances that the scenes I lived or felt gave birth to inside me. Decant these scenes as one would decant wine, to keep only the nectar. It was at this precise moment that I finally encountered the grammar and vocabulary that would accompany this work. Giving birth to my language, not that it is the best, but the appropriate one.

Black and white were my companions at times. Color had imposed itself by its meaning on certain scenes. To know how to read a color, to provoke certain dominant colors, to enter in resonance with my feelings. In Sufism, we speak of energy, aura, constituent colors. They are what is inaudible and yet noisy, what materializes the invisible. The dominant colors represent this paroxysm.

The reaction of the people photographed is benevolent. Shots of Dhikrs, such as khalwa, are not allowed. It took years of attendance to earn the circle and their trust. Trust is given at a moment, and does not follow any logic, nor any priority. A khalwa, for those I know, takes place in closed, dark places. A barely perceptible opening lets through a faint ray of light, which marks time. A pendulum between this time and this space. At the back of the room, in total silence, stands the retired attendant. Through the silence represented by the khalwa, the image must become one with this darkness and make it an ally.

BRUNO HADJIH was born in Kabylia, Algeria. He lives and works between Paris, the Gers and the Sahara. After studying sociology, he turned towards documentary and visual photography. His work focuses on the redefinition of spaces described as intangible, mental space, geographical space.

Bruno Hadjih’s work is not a reflection or a new look at the Mediterranean world, its history, its culture and its relations with the rest of the world. His work is not a question but a statement of position, a commitment.

For more than 21 years, Bruno Hadjih has been leading a reflection on Sufism: WIRD.

More than a collect, it is a presale of the book to help us determine the print run. Publisher in Tunisia, we also have difficulty in being distributed in French bookstores. This book is part of an already known photo collection, two titles to its credit, sold in art and photo bookstores in Paris.

So through this presale it is a way of making the work known, of giving it more visibility and of prefinancing it. The work is completed, we are with Bruno Hadjih in the last retouching photos, text and model before going to print. We therefore have to pay for the printing, between 6 and 8,000 € depending on the print run.

Printing is scheduled for the second half of November. We print in Barcelona.

All books purchased will be mailed from France.