support the vinyl release of 'he died while hunting' second album, now! 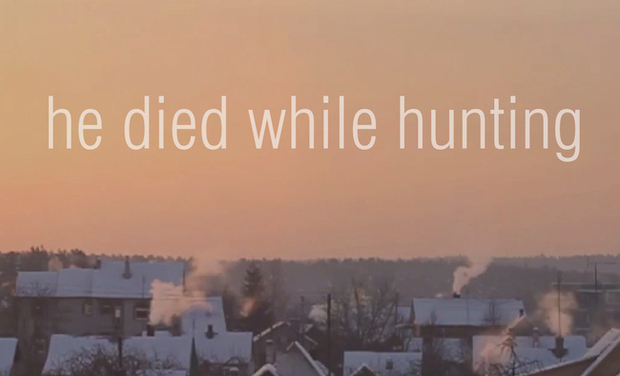 With acoustic and electric guitars, loops, rhythms sounding like an old clock or a tired heartbeat, timid and haunted vocals, 'he died while hunting' delivers a minimalist indiepop electronica post-everything and post-nothing. But it surely embarks listeners through a sensitive and emotional trip.

Their first mini-album entitled 'we used to dream awake' was released through two beautiful netlabels: Tripostal in Belgium and Totokoko in Japan. With this release, 'he died while hunting' received particular attention from the specialized press, blogs, radios and promoters. Through the 40 concerts or so played in Belgium, France, Luxembourg and Germany, 'he died while hunting' came across many artists and friends, such as Troy Von Balthazar, loïc b.o., Sleep Party People, St.Vincent, Douglas Dare, Charge Group, v.o. New Dog, A Whisper in the Noise, etc. Some songs were also used for videos, including the Puerto Rican shortfilm 'Pedalea, suds, siento el viento' directed by David Moscoso Espinoza and produced by Marel Malaret Badrena.

In the last year and a half, 'he died while hunting' has been working carefully at home on new delicate materials, trying to maintain the sincerity, the sweetness, the DIY approach while pushing new doors. Therefore, some friends have contributed playing cellos, keys, vibraphone, drums, guitars, etc. and thus creating a real family feeling in the project. The recordings, mixing and mastering are about to be finalized, so that the new album - provisionally entitled 'with reckless abandon' - should be released in the course of 2015. The idea is to release a limited number of copies in vinyl version, as a unique object with visuals developed by the wonderful photographer Héloïse Rouard aka 'Hey Cowboy'.

The amount collected will help the financing of the physical production of 300 vinyl copies of the album, produced by Disc Manufacturing Services Ltd: 1223£ or 1563€

Download of the new album 'with reckless abandon' and the first mini-album 'we used to dream awake' AND a big personalized thank you!

Download of the new album 'with reckless abandon' and the first mini-album 'we used to dream awake' AND a postal card with an original visual from the new album AND a big personalized thank you!