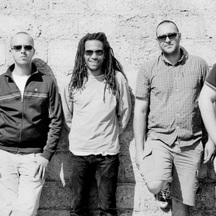 65 Mines Street is a french band formed in 2009, playing a reggae & ska music influenced by many rock'n'roll streams. The 5 guys have been touring Europe for more than a decade with their other bands, among which Two Tone Club, Taste in Vibes & Bobby Sixkillers. The crew recorded two albums in 2011 and 2013. The first one, selftitled, met a wide audience throughout the world with great reviews in Europe and in the USA in particular. The second opus, out on Casual records, was a transitional experience, as the band had to confront the departure of its frontman, aka John Lewis (the Rebel Assholes). Mick (guitar) finally took his place and the crew found its definitive line up. "Fix the Clock!", the second album, is a 11 tracks record, and tells stories about real people, good and bad, all part of this world, as it is... The music is a bit softer but still commited, with hints of british pop & punk rock. However reggae and ska roots are still the driving force of the combo. January 2014, the band is still developing and is now the official backing band in France & Belgium for Mr Symarip, aka Roy Ellis. They accompany the Boss together with a serious horn section, composed of the finest trumpet/sax/trombone players in the area! Every show is big and 65 Mines Street knew how to keep its own identity, playing someone else's music. But this year is also the time for the band to realize its third LP. The first ones were recorded at John Lewis' Indie Ear Studio (Belfort, France). Therefore the band took the decision to mark a difference with its previous productions. The upcoming album will be a bit more organic, brutal, energetic, full of even more influences (surf rock, garage...), while keeping in mind its ska and reggae roots, the engine of the band! So the decision has been made to set up in Los Angeles to bring the new project a new sonority, a new energy, another brand new start... Brian Dixon (Thee Huricanes, Western Standard Time, ex Aggrolites) will fully produce it in his studios there in Hollywood Area! More news & surprises to come soon! 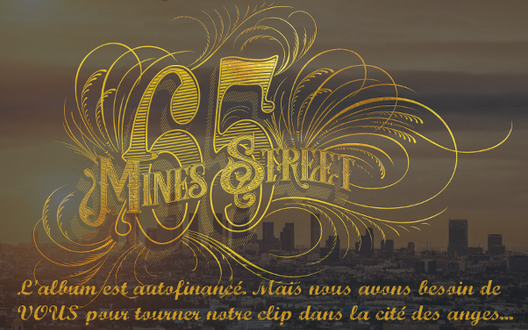