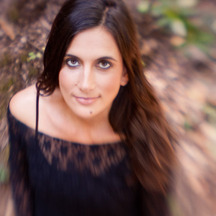 2012 was a big year for Amy. After ten years of tour­ing the West Coast (U.S.), she packed away all her belong­ings and left her town of Santa Cruz for a four-month tour. The tour led her across the U.S. from Cal­i­for­nia to New York, to France and ended in the UK. Upon return she relo­cated to San Fran­cisco, her new home base. Her trip led to the cre­ation of her French band, who call them­selves The Car­bone Band. This sum­mer she’ll be return­ing to France to tour with them for three months. “It’s like falling in love with a group of musi­cians. We work per­fectly together… despite me need­ing to learn French…” says Amy, with a chuckle. Her haunt­ing and ethe­real vocals have been heard on the T.V. show, Grey’s Anatomy, and MTV’s real­ity show, MADE. Lyri­cally she’s been known to bring under­ly­ing thoughts to the sur­face– thoughts that most peo­ple have but don’t reveal. For this rea­son her music has been described as “grip­ping”, though musi­cally she can be com­pared to mel­low divas such as Sarah McLach­lan or Norah Jones. Amy’s fourth album, Grow to Catch the Wind (2011), took her mul­ti­lay­ered sound to new lev­els. A string quar­tet, lay­ered har­monies, and howl­ing cello solos all join with her sig­na­ture soar­ing vocals, piano and gui­tar. Amy’s lyri­cal con­fes­sions pierce through the sonic com­plex­ity, per­haps more than ever. The album, her most brave and hon­est work yet, is the cul­mi­na­tion of sev­eral years of soul-searching, a cycle of death and rebirth. Amy’s eclec­tic sound draws on her back­ground in clas­si­cal and jazz, and influ­ences rang­ing from folk to funk. “Music has always been engrained in my life,” says Amy. “It’s in my breath. Peo­ple ask my influ­ences but it’s really hard to say. Mozart, Billy Hol­i­day, Prince, Bob Dylan…. They’re all in there.” Amy began study­ing music at age five, and con­tin­ued through­out her child­hood, singing in her school choirs, tak­ing piano lessons, and con­tin­ued through col­lege, even­tu­ally lead­ing her to where she is today. 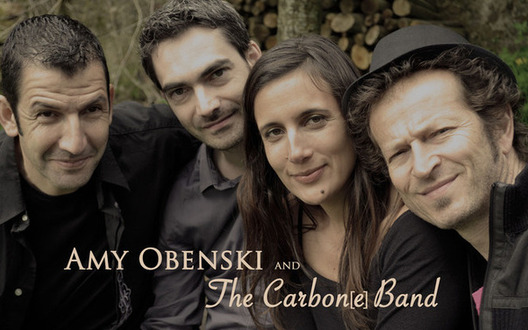