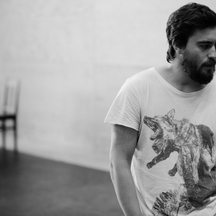 Helder Seabra (1982, V.N.Gaia) started dancing in 2000 and studied at Ginasiano (Portugal) and P.A.R.T.S. (Belgium). Between 2000 and 2003 he was involved in projects with Pedro Carvalho, Ronit Ziv⎥ Companhia Instável and Javier de Frutos⎥ Companhia Instável. In 2004, he joined Ultima Vez⎥ Wim Vandekeybus for the revival of “Les Porteuses de Mauvaises Nouvelles” and continued on as a member of the company till 2008. He performed in “PUUR”, “Spiegel”, “MENSKE” and the dance film “Here After”. In 2008 he assisted Vandekeybus in “BlackBiist” for the Götteborg Ballet, he co-created the duo “Fica Aqui” with Cláudio Stellato, collaborated with Inês Cerqueira and Joaquim Carvalho in the video dance “Macla” and gave movement/rhythm classes to the Basketball Oporto team. In 2009 he was involved in different projects, both as a creator and as a performer and taught internationally. He directed “In.Tent”, created “IMAGO” for Companhia Instável, performed in “Mindscaping”, and assisted Sidi Larbi Cherkaoui in “Dunas”. In 2010 he co-created and performed with Victor Hugo Pontes the duo “Rendez-Vous”. Since January 2010, he’s a member of Eastman⎥ Sidi Larbi Cherkaoui company as a performer, assistant and tutor for local and international teaching assignments of the company; performer in “BABEL” (by Sidi Larbi Cherkaoui & Damien Jalet,), “TeZukA” and “Anna Karenina”, assistant for “IT3.0”, “Automaton” for Pilobolus Dance theater, “Siegfried”, “Gotterdammerung”, “Milonga”, “Noetic” for Götteborg Danskompany, and “Puz/zle” in which he figures also as a performer. More recently he assisted Damien Jalet in “Les Meduses” for the Louvre Museum in Paris. In parallel he continues developing his own work; he created a new work for “Compass” for Sadlers Wells; “Caress”, “Unfolded”, “No Man’s Land”, “FootPrint”, the dance scene of “Trouw Met Mij” the new film by Kadir Balci, and he teaches his class/workshop “InnerCore” regularly internationally. The first production "When The Birds Fly Low The Wind Will Blow" by his own company HelKa, took the dance scene by storm and is still touring. 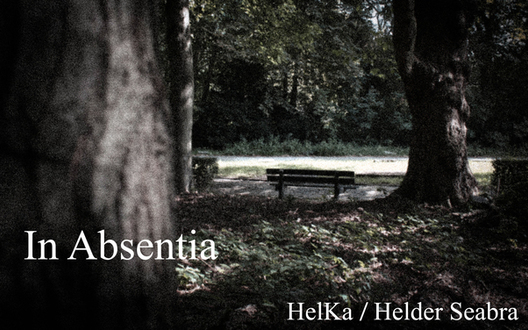