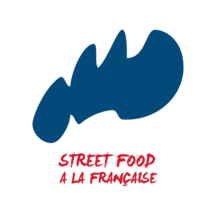 Hugo, Louis, Xavier & Zeina are 4 students at Institut Paul Bocuse who are just finishing their Masters in Culinary Management & Innovation. Throughout their studies, they had the chance to travel from China to Norway to Finland and then to Spain and discovered new local cultures… and packed in their suitcase the idea to implement Street Food in France. But not any kind of Street Food! Seeing that a number of good concepts were emerging in Paris such as ‘Le Camion qui Fume’ and their delicious American style burgers, they wanted to show the pride and the love for their French Culinary heritage by offering French traditional recipes adapted to the ‘on-the-go’ consumption. During the lapse of a few months, a national contest was won, a number of hours were spent designing and a lot of time was spent in the kitchen. All of that lead to the creation of Street Food à la Française in Lyon, where, during the Festival of lights, the first food bike was on the streets of Lyon. 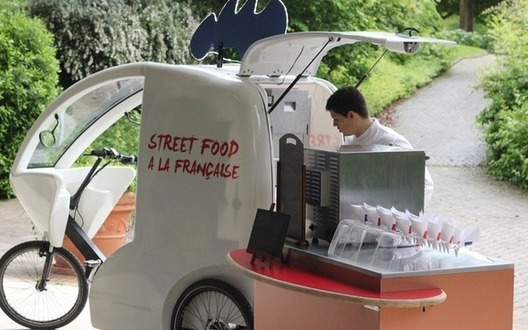