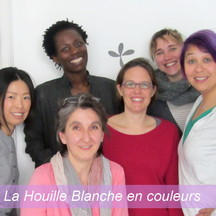 Nicole, Keiko, Anne-Françoise, Marilyne, Jeanine and Catherine are the members of the team "La Houille Blanche en couleurs". Nicole was transplanted from Los Angeles to Tokyo and then Grenoble where she is creating her story: there are mountains, two little mischievous boys, good friends and soon a hundred little characters who will give life to a wall at the Houille Blanche… Keiko is Japanese and has a husband and two girls. She has lived in England, Germany and Ireland. She currently lives in Grenoble where she appreciates the company of friends of many different nationalities. She is thrilled with the Chara-Rimpa project which will introduce the wonderful culture of her own country, Japan! Anne-Francoise has returned to France after four years in Germany with her three children. She fell under the charm of this initiative through which she is experiencing a multicultural adventure with a completely enthusiastic team. As the project is geared toward children and their world, she couldn’t dream of anything better than to join in! Jeanine, coming to us straight from Canada, is the mother of two children. Passionate about Japan and having lived there, it was an obvious choice to get involved in this multicultural project. What speaks to her in the project is also the fact that it will raise childrens’ awareness about sustainable energy. Catherine, a writer and mother of two, takes pleasure in helping expatriated children develop an appreciation for the French language. The values of this project and her own resonate perfectly: intercultural exchange, collaborative effort around art, and a nice challenge for the children. Marilyne, mother of three children, returning to France after several years abroad, sees in this project a nice manifestation of art and collaboration with children. 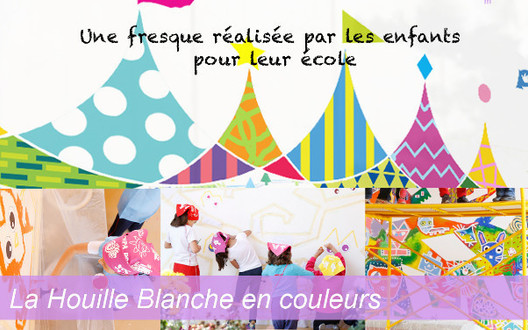