"I studied cinema at Lyon 2 University where I got my masters degree. I also studied writing and directing in California at UCSD. In Paris, the ESEC school provided my training as a director’s assistant. During my studies, I wrote and directed several shorts films. I have worked on movie sets and in post production positions in California, Lyon and Paris. I now work as a director’s assistant in France while writing and directing short films. Roselyne and I share values and motives. One of our passionate conversations gave us the urge to write about the prince charming myth and its consequences in modern society." Mélanie Dubost "I have been working as an « independent worker « in the Art field for many years. I am interested in world representation through media, images or paintings. I have realized that women are under-represented as authors, and that their image is generally very stereotypical. After meeting Melanie, I created the Association « Eloise » aiming at favoring female representation at all levels, in art and particularly in the audio-visual domain. We are on the same page and complementary in our work. We have several short film projects aiming to question contemporary values that are very often coming from thousand-year-old prejudices." Roselyne Segalen 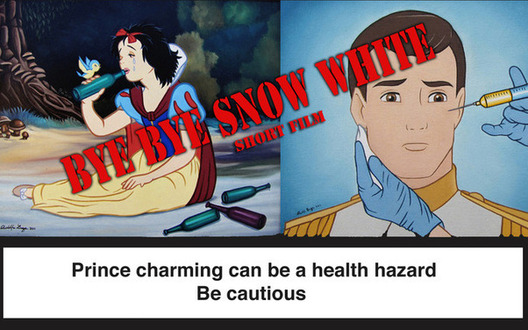