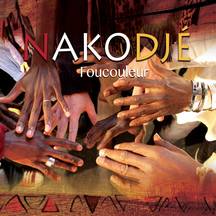 Nakodjé in the Fulani language means 'vegetable garden', the place where we find the essential elements of life. The group was first noticed in 1997 when they opened up for the famous French singer 'Maxime le Forestier' at the French Cultural Centre in Dakar, Senegal. Six musicians with a distinct taste for traditional sounds, and the firm intention to highlight these sounds in a 'electric' band. And it is this mix of traditional instruments :Fula flute, balafon, sanza, bougarabou as well as vocals with Bass n' drums and saxophone, that give Nakodjé their unique sound and has put them in a realm of their own in the Afro-Jazz Fusion milieu. It is no surprise that their very first CD won an international award for best release on the African continent in 1998. With this award, they were able to finance their first video clip 'Sai Sai Saidou' that made a huge impression for its originality on Africa no. 1, the most popular TV station in Africa at the time. Their ascension to international recognition was a time of fruitful exchange. The famous Joe Zawinul (Weather Report) chose Nakodjé to accompany him for a unique show in Dakar with his drummer 'fetiche' Paco Sery. The following international tours in Africa and Europe enabled them to share festival stages with the likes of Jean Philippe Rykiel, Didier Lockwood, Aly Wagué, Ali Keita, Sam Sanders, Moncef Genoud and many others. After in intermittent period of separation, the band has rejoined to continue their adventure together with the recording of their 2nd CD entitled 'Foucouleur' (an allusion to the 'Toucouleur' people of the north of Senegal, but with 'Fou' meaning crazy in French). This new release reflects the maturity acquired in the mean time. It is a fresh mix of styles and sounds taking the listener to an 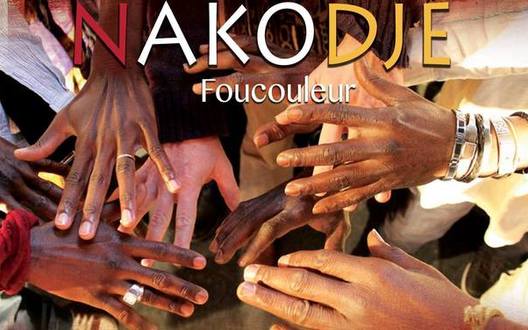