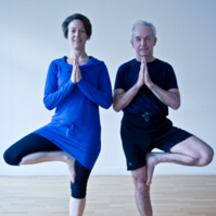 Senêt and Pamela, in parallel with their careers in the worlds of art and art history, have both received extensive training in yoga, meditation, and plant-based cooking. Pamela undertook her first yoga teacher training in 2002 with Gérard Arnaud in Paris while completing her Ph.D. in art history. Later, while working as a professor at the University of Rhode Island, she undertook Tom Gillette's vinyasa teacher training program in Providence at Eyes of the World. She has also received macrobiotic training from the Kushi Institute (now located in Becket, MA) as well as taking multiple classes at the Natural Gourmet Institute in New York City. She founded a small yoga center in Paris' 20th arrondissement (Yoga de la Plaine), that was active from 2002-04 and then worked for eight years as an art history professor at URI. She continues her scholarly work alongside her work as director of NATA. Senêt began practicing yoga in Geneva in the 1970s, where he studied with Jean Rofidal. After moving to Paris, he began taking classes with Gérard Arnaud in his very first studio in the rue d'Aix, and assiduosly practiced at home using books by B.K.S. Iyengar and André van Lysbeth. Around the same time, he discovered macrobiotics and studied with the movement's international leader, Michio Kushi. He later went on to work with Kushi at his institute in Brookline, MA in the 1980s. He helped organize Kushi's seminars in Europe and translated one of his texts, "The Book of Oriental Diagnosis," published in French by Ed. Guy Trédaniel. He exhibits his paintings in galleries in Paris and the US and has worked with a number of European galleries over the years. He will continue working as a painter alongside his work for NATA, where he notably is responsible for all the graphic design work (logo, web site, etc) and overseeing the renovations of our beautiful space. 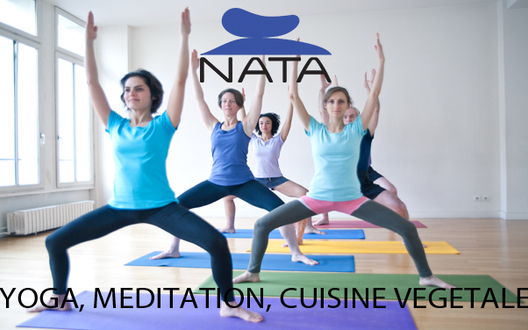