Xenia Sin is a dynamic, principled, determined and inspirational leader who has opened the pathway in highlighting the plight of women around the world. A native of Kiev, Ukraine, she moved to Quebec at age 12, embedding herself in western culture while retaining her devotion and commitment to the east. She also spent some time in San Sebastian, Spain, becoming a quick study in Iberian language and culture as well. While studying art and theatre in Quebec, Xenia also became immersed in the growing worldwide feminist revolution, assuming the stewardship as the driving dynamic behind the FEMEN movement in Canada. The movement takes its cue from Russia's widely acclaimed and respected Pussy Riot trio that stirred the pot in Vladimir Putin's Russia a few years back, opening the eyes of the world to the vast list of women's rights issues in Russia, Ukraine and throughout the nations still under the control and influence of the former Soviet umbrella. When the opportunity came to form her own protest movement in Quebec, the self-proclaimed activist and risk taker stood up and was counted, practicing her call to social rebellion by taking on the Canadian political and social establishment, engineering her own Pussy Riot moment more than once, including protesting "in the face" of an IKEA bigwig and even a former Tunisian Prime Minister, protesting the treatment of women in that North African nation and throughout the Islamic world. Now that is one brave woman! The kind of woman who is to be admired, respected and, truth be told, emulated by everyone, man or woman, when it comes time to standing up to injustice, just like Xenia has made a lifetime of doing. As a matter of fact, she has accomplished more by her current age of 30 than most people in their lifetime. She has and will continue to make her mark upon society throughout the decades and has already established an impressive and incredible resume and legacy. Xenia's new vision, her personally written, produced and directed independent film, "You Know The Game, Babe," in which she also stars in the lead role, studies the life of a young lady whom everyone she encounters desires to know her carnally while not caring even one iota about her personally. Xenia sees this scenario as another injustice to women and to people in general. She therefore dedicates her latest work towards improving the plight of sex industry workers around the world. Personally, Xenia Sin is as nice as they come. It is said about many, "he is so nice, wow, she is so wonderful," but how many actually live up to the compliments made about them on a regular basis? Xenia no doubt certainly does. Her engaging, generous and sincere smile, her soft, wavy red hair and her incredibly down-to-earth manner intrigues and impresses right from the get-go. A devoted mother to her toddler son, she is most humble despite all of her accomplishments, a wonderfully genuine lady. With Xenia, what you see is definitely what you get! The more you get to know her, the more you absolutely want to know about her. She is personally, professionally and artistically a revelation! But as an activist and an artist devoting her life to her activism and work, it is not always so simple to reach into one's pocket and fund any project so desired. A contribution to Xenia Sin's impacting, potentially life-changing project for both those real-life victims revealed in and those who view her masterpiece would be greatly appreciated so she can secure the financial backing "You Know The Game Babe" so deservedly needs. Please log on to the crowd-funding website KissKissBangBang.com before the opportunity to be part of Xenia's ground-breaking look into the sex trade industry expires and make whatever contribution works best for you, regardless of the amount. You can even take a look at her riveting preview for the movie on the website to get an accurate vision of her cinematic creation. Your belief and faith in her and her lifetime commitment of making a difference, giving back and "paying forward" at every turn whenever presented with the opportunity will be rewarded by her continued achievements and accomplishments towards creating change in any aspect of society where she realizes change is needed. She will never back down whenever called upon in any situation. Xenia Sin is truly an inspiration. Believe!﻿ -John Marino 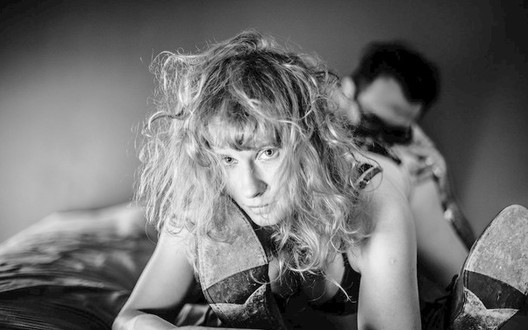