Ruth was born and raised in Côte d'Ivoire. At home, her folks would play rumba, jazz, or Ivorian music while her siblings were into reggae, disco and funk music. No wonder why Alpha Blondy's "Tèrè ", Peter Tosh's "African" or Francis Bebey's Agatha are among the first songs she got to know (and still does) by heart. After moving to Montpellier at the age of 15, she becomes a memeber of Sagrada familia, a teenagers band whose leader had heard her singing Bob Marleys' "corner stone" at church. Dj Sundae spotted her few years later, as she was performing with Sagrada familia in Barcelona, and gives her a demo tape, short before they eventually teamed up as "The Sunshipp" to produce a very sweet electro soul which took them on various french stages: "printemps de Bourges", "Transmusicales de Rennes", Belle de Mai in Marseille... But, New York was calling her. She left for the big apple with the demo of the album she had been preparing with Julien Raulet, gifted guitarist who, as a member of Afrobeat band Fanga, had been educated in Afrobeat . Among the good fairies who bent over the birth of this project called the Afrorockerz, was Tony Allen who played the drums on most of the tracks of their first album: Holy Warriors. In New York, She performed every Week-end at world famous Harlem "st Nicks" Jazz pub but also at the Shrine, or Zebulon Brooklyn. Coming back to Europe implied that she had to put a new band together. In Bruxelles using "holy warriors " as her calling card , she was introduced to several musicians including Giotis Damianidis. Few years and several performances later, their collaboration results in some new tracks.... Her deep voice will take you along on a journey to their musical dreamland. Constructed on the basis of a steady rhythm section profoundly influenced by a deep interest for west-Africa 70's afro rock and funk music. As a matter of fact, they even play a cover of Ernesto Djédjé's "Zadie Bobo". Ruth TAFEBE and her 5-piece-band are ready to bring you their soul flavored afro funk. 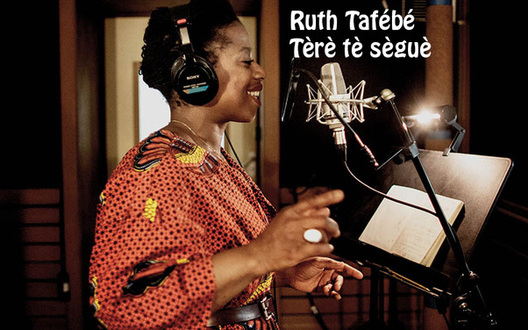