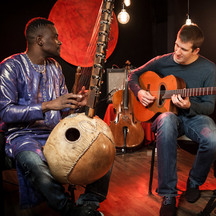 CHÉRIF SOUMANO played with Dee Dee Bridgewater, Tiken Jah Fakoly, Roberto Fonseca, co-founded the World Kora Trio and recorded with Marcus Miller. Suffice to say that he is perhaps the most talented kora player of his generation for his ability to get into the improvisation and musical encounters game. SÉBASTIEN GINIAUX is an exceptionnal guitarist and cellist with an ever expanding musical universe on the borders of jazz, classical, eastern european and world music. Spotted alongside Didier Lockwood, Bireli Lagrene and Taraf de Haidouks, he's also an accomplished composer and arranger. He produced albums for Norig and Teofilo Chantre among many others. 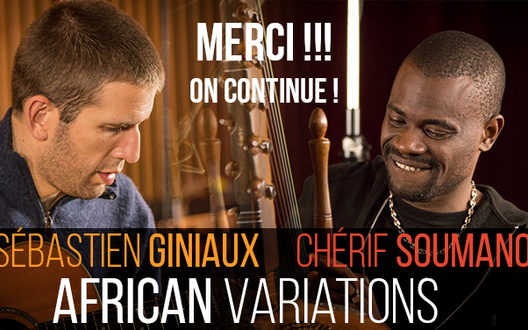 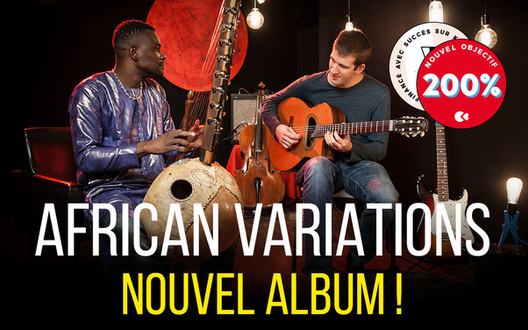