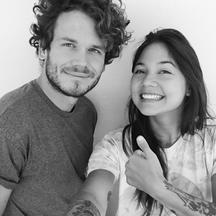 “Corn & Sonor” is the story of Sorn and Conor two newly wed creative minds, who settled in Anglet in the Basque country (southwest of France) in 2014. This new environment allowed the full expression of their imagination and the birth of the concept : Corn & Sonor. Sorn is French, born to a French- American mother and a Thaï father. She is a freelance fashion designer and graduate from Studio Berçot in Paris. She currently works as lead designer for a Japanese company, creating buttons and patterns. Conor is Irish. After studying animation in the UK, he set up as a freelance illustrator and graphic designer, working for both local and international businesses. They started their careers separately in Paris, before moving to the southwest of France where they found a friendly environment to nurture their projects. Both passionate about surfing and bored with the restlessness of Paris, the choice was easy to make. For a few years, they have hoped to sell their own creations. The project finally comes to fruition thanks to the comeback of enamel pins, spotted on instagram. This revelation gave them the drive to combine their passions for fashion and drawing to the following guideline : quality products with original design and at an affordable price. This is how “Corn & Sonor” was born, in Anglet, in August 2016. About the name : “Corn & Sonor” comes from a commonly made mistake by the people they meet; her name is Sorn, and his Conor. Find our previous designs on our Etsy shop : etsy.com/shop/CornAndSonor 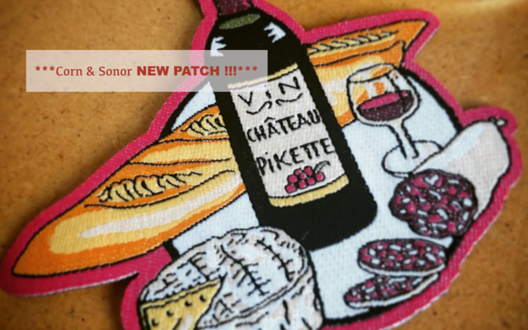