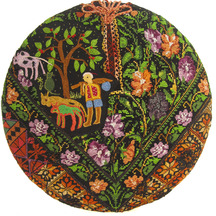 Who we are? Tal Waldman Talva Design, artist, designer & architect. Tal Waldman explores the intersections between art, design and architecture. After a rich and international training with a unique, multi-cultural approach: drawing studies in Israel and India, and architecture in Jerusalem and Berlin in 2000, she received her master's degree with unanimous honors in Architecture Paris La Villette. From 1996 to 2005 she worked in the offices of known creators such as Jean Nouvel, Cd Portsamparc, JP Viguier and others. Talva Design was created in 2006 around art, design and decorative arts projects. The activity is multidisciplinary. Creations of Talva Design are regularly exposed in international exhibitions of art and design, including Maison & Objet in Paris, Salone Internazionaledel Mobile in Milan and are winners of several competitions and design awards. For two years, in the quest for dedicated and passionate design, she embarked on design projects supported by the dimension of sustainability and social dimension that now dominate her activities: research projects, workshops, of local expertise and dialogue between the disciplines of art and design with craftsmanship as the exhibition project "Memories embroidered" presented here. Jennyfer Moret, embroiderer Jennyfer studied fashion in Paris in 2007. Later specializing in embroidery school Octave Feuillet in Paris, 2008-2010. The same year, she worked as the Maison Lesage embroidery for "haute couture." Since 2010, she has worked in various embroidery workshops for fashion houses (Chanel, Dior, Azzaro, Vuitton, Nina Ricci, etc ...). Other activities include: personal collection of accessories with Calamityjen brand costumes for various theater companies, collaborations with artists and designers, as this project. Jennyfer honors forgotten embroidery of our ancestors, and wishes to perpetuate and transmit this knowledge. Romain Maldague, cabinet maker and restorer, Romain holds degrees in economics and music before specializing in woodworking and restoration. Between 1995-2009, he worked for antiques and furniture restorers. In 2010, he founded his own studio ‘Atelier Roman Maldague 'specializes in woodworking and restoration. Roman believes that this work requires a good knowledge of historical styles and techniques and dexterity. Each restoration is an equation with data that must be resolved. The materials used are numerous: wood, shell, bronze, pearl, locks, brass, horn, bone, zinc and have knowledge of paint and chemicals. Philip Moreau, craftsman in upholstery seats, Philip studied carpentry, cabinet making, furniture and furnishings. He then worked for more than nine years in France and Germany. He took courses at the Chamber of Commerce and several workshops in Paris. His rewards include the best apprentice upholsterer of the Loire and the gold reward of France, the price of manual labor of the Rotary Club of East Paris. Today he works in his studio UP "holstery in Paris. Hubert Kerléo, Contemporary cabinetmaker After a graduate double degree in chemistry and communication, Hubert worked for various companies in the field of science communication. In 2008, he converted to the profession woodworker after 2 years of training at the University Paris Ecole Boulle. in 2012 he founded his company "contemporary inspiration ". Christine Bruckner, Ceramicist Christine Brückner begins ceramics in 1994, following courses with Dauphine Scalbert (East-West Workshop), Camille Virot, Alain Valtat, Marc Uzan, Beatrijs van Rheeden Patrick Buté (CNIFOP), and forms at the Institute of French ceramics Sèvres (decoration option in 2004). In 2005, she founded "The workshop Chemins de Terre" with Thierry Fouquet, vocational training center, where she will provide courses ceramic decoration and composition of enamel from September 2005 to June 2010. From 2010, she decided to devote herself to her own production, exhibitions and enamels research, she created the "stubborn Tapir" project, an animal sculpture that involves many French and international artists. Pascal Frisa Carpenter and cabinetmaker. A former actor and theatre educator converted to woodworking since 2000 in his own atelier ‘SARL AMARANTE’. Alain N., Upholsterer Alain works in his studio in Paris and applying traditional methods over the past 20 years. Thomas Bremond, photographer Thomas Bremond began as Skipper and discovered photography at sea on sailboats. He began working as a photojournalist at the age of twenty years, mainly in Africa. In parallel to his years of reporting he worked as a Jazz photographer, music he is passionate about, and exposed in many exhibitions in particular at the New Morning and Floral Park. He started working as film photographer in 2005, with the director Costa-Gavras, for "The Ax" that to be followed by eight years of photography on major films. He gradually dropped the camera for the video, and works as director of photography in fiction and documentary. 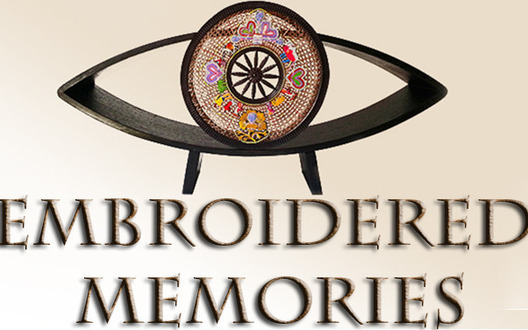